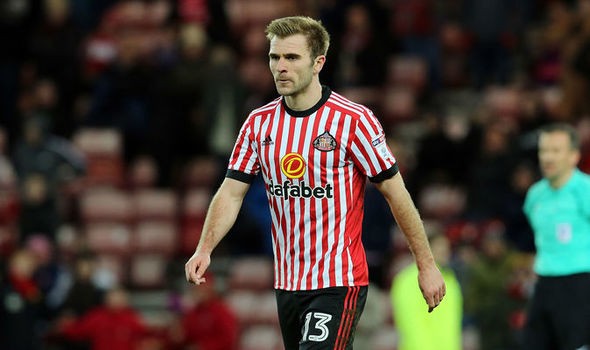 Sunderland winger Callum McManaman scored the crucial equaliser for the Black Cats in the 3-3 draw against Middlesbrough last week.

The 26-year-old struggled for regular games at Sunderland. He has started just nine Championship matches, and has been mostly used as a sub by Chis Coleman.

However, his confidence will be sky high after netting the final goal in the 3-3 draw that helped Sunderland avoid yet another defeat.

And now the former West Bromwich man has told the Chronicle that he feels he is good enough to start week in week out for the club.

McManaman says that the goal has boosted his confidence and that it can help him force his way back into Sunderland’s team.

“It’s been a long time coming,” said McManaman, as quoted by the Chronicle. “I feel like I needed that goal to sort of shut the door on the past after not playing for so long before I came here.

“Confidence is massive in football and nothing gives you more confidence than scoring a goal, so I’m ready to kick on and help the team get out of the situation we find ourselves in.

“That and the niggles are behind me now, though, and I’m enjoying playing under the gaffer, so hopefully I can force my way back into the starting XI and play every week because I believe I’m good enough.”

Sunderland find themselves at the bottom of the Championship table with just 27 points on board. If McManaman can find his best form towards the end of the season, it will be a major boost for the Black Cats in their race for survival.

The Black Cats are five points adrift of safety, and they desperately need to win some games to boost their survival hopes.