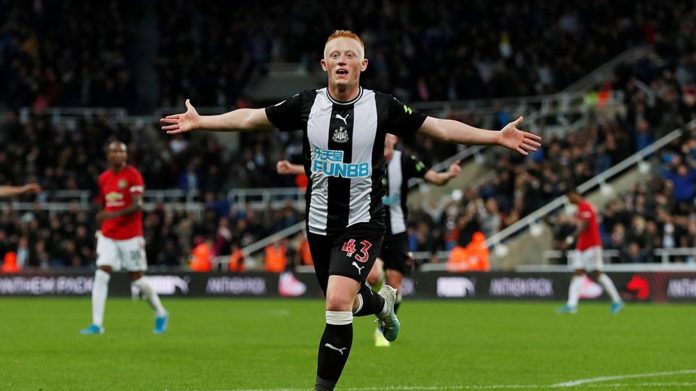 Newcastle United are concerned about the future of Matty Longstaff.

The 19-year-old midfielder has been linked with a move away from the club in the recent months and his contract will be up at the end of this season.

The youngster hasn’t signed an extension with the club yet.

It will be interesting to see if the Magpies can secure his long term future in the coming months. Losing him would be a big blow for Newcastle, especially for a compensation of around £400,000.

Matty Longstaff is a top prospect and Newcastle must do everything in their power to convince him to stay at the club.

Manager Steve Bruce has now admitted that he is concerned about the situation.

Speaking to The Telegraph, he said: “It’s a concern for us all, of course it is. I hope we can get that tied up, I really do. But they’ve got the power these days, the players. We see it often now, with young players as well. I hope there’s a bit of common sense. There’s nobody, at 19, played more games than [Matty]. He’s got an opportunity. If he’s fit, he plays (against Oxford). Look, we always want to keep our best young players, especially if they’re Geordies, of course. Let’s hope they both get tied up. I leave all that up to Lee Charnley [managing director]. In all of it, with Matty in particular, at 19, he has now played 11, 12 times. I’ve dipped him in and out. I can’t see another 19-year-old playing (so regularly at PL level).”

Longstaff has a big future ahead of him and the likes of Manchester United were monitoring him not so long ago.

It will be interesting to see if the player is tempted to move on at the end of this season.

Staying at Newcastle could be ideal for his development. He will be playing more often with the Magpies as opposed to a big club like Manchester United.