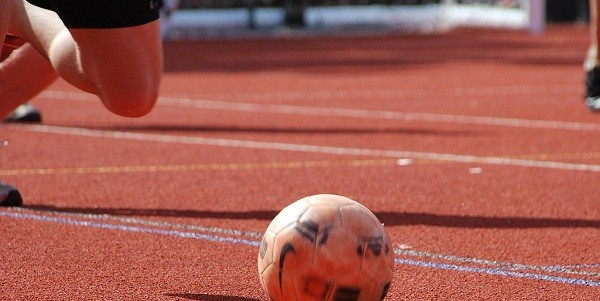 For years, it claimed the status as the sport that has power to unite people and transcend beyond religious beliefs, ethnicity and cultural barriers.

Bill Shankly goes on by saying:

“Some people believe football is a matter of life and death, I am very disappointed with that attitude. I can assure you it is much, much more important than that.”

Crawford also observed in his book Consuming Sport: Fans, Sport and Culture, the phenomenon where “traditional sources of community” are gradually being replaced by “contemporary sports” such as football, which provides people of all ages and backgrounds with a sense of identity and belonging.

While fans enjoy a good game of football, elements that drive the survival of football clubs often elude the public eye. Along with the surge of scholarly articles pertaining to football economics, one of those factors has caught the attention of the general public and has become a popular discussion topic amongst football financial analysts and club supporters alike – TV broadcasting revenues.

Deloitte has recently acknowledged the influence of broadcasting revenues in “boosting clubs’ spending power”. They noted that collectively, broadcasting revenues comprised 44% of total revenue earned by the 20 Money League Clubs in 2011, by far the greatest contributor to the clubs’ financial inflow.

The English Premier League is a private company where shares are distributed amongst all twenty Premier League clubs. Since 1992, the EPL has experienced substantial growth in TV broadcasting revenues as a league as well as on club-level. The £190 million EPL received for its first deal for the period 1992/97 is easily dwarfed by the current deal it has with BskyB and Setanta for the period 2010/2013, which is said to be worth £1.782 billion.

The EPL negotiates its broadcasting rights as a single entity where matches are sold in six packages to interested bidders. At present, broadcasting revenue generated domestically is divided on a roughly 50:25:25 ratio where 50% of the revenue is distributed equally amongst all twenty clubs, 25% is awarded on a merit basis whereas the rest is divided as a facility fee based on the number of matches broadcasted on television for a particular club.

In 2011/2012, the difference between the highest paid club, Manchester City and the lowest-earning club Wolverhampton was around £20 million. The season prior also saw a similar gap between league champions Manchester United and relegated Blackpool.

La Liga BBVA broadcasting revenue system presents a stark contrast to the one in place at the EPL. Individual deals are negotiated directly between each Liga BBVA club and the broadcasting agencies. This would explain why more successful and prominent clubs such as the likes of Real Madrid and Barcelona are able to get substantially more revenue than their rivals.

The two Spanish powerhouse Real Madrid C.F. and F.C. Barcelona have reportedly received €140 million apiece from television broadcasting revenues for the 2009/2010 season. In the same year, Real S. de Gijón, Málaga C.F., C.D. Tenerife and Xerez C.D. have received only €12 million each. This translates to a difference of €128million between the highest paid club and the lowest paid clubs.

Note: The latest data available in regards to TV broadcasting revenues for the Spanish league is for 2009/2010. The reasoning behind why this is still applicable is because the purpose of this comparison is to show the difference in broadcasting revenue gap between the two leagues.

Competitive balance on the decline, is broadcasting revenue system the culprits?

Over the past two decades, the English Premier League has seen 13 different clubs reaching the top four in the league table with Manchester United dominating the number of league titles won.

When taking a closer look at the gap between the second and third position in the respective leagues, it is apparent that the gap within the Spanish League has widened significantly in the past five years. Whereas the standings in the EPL have been inconclusive for the past two decades, with the gap narrowed and then spiked up for the past two seasons.

On the other hand, the gap between the second place and the last in the EPL has been generally higher when compared to the Liga BBVA but have recently experienced a sharp dip in 2010/2011 before reaching par with Liga BBVA at a 64 points gap for the previous season.

Based on these findings, it is highly probable that a television broadcasting system, on its own, may not be the sole factor that has lead to the decline in competitive balance within football leagues. In reality, it is apparent that any given league is subjected to multiple variables, internal and external, that can ultimately affect its competitive balance. Examples of such factors may include the following:

On the other hand, when viewing leagues on the continental-level, based on the UEFA country coefficient rankings, it is noted that leagues that possess lucrative television broadcasting deals and are well-marketed are experiencing improvements in terms of results in UEFA competitions. Leagues which are less affluent, are experiencing slow growth or decline.

“None of us who love football have any interest in seeing clubs which are the heritage of European football disappear because of risky management.”

The UEFA Club Licensing and Financial Fair Play (FFP) Regulations was introduced by the UEFA in 2010 and implemented from the summer of 2011 with aims that include improving the “economic and financial capability” of clubs and the long-term survival of European club football. This concept aims to achieve such objectives by restricting clubs to not spend beyond their means, in this case, generated revenue.

UEFA also hopes this will encourage clubs to be more financially-disciplined in terms of transfer fees and wages. This could potentially create a more levelled playing field for all clubs by diminishing the ability for certain clubs to pool larger transfer budgets without being dependant on revenues they generate.

However, due to the nature on how FFP is regulated, it could impede leagues with individualistic broadcasting revenue systems from transitioning to a “fairer” revenue sharing system. Clubs with a major share in broadcasting revenue within a league will be more reluctant to give up a portion of revenue for others when it would affect their bottom line. This is due to the fact that UEFA can impose sanctions on clubs that fails to meet the FFP criteria.

In conclusion, I believe the notion where “current systems (of TV revenue distribution) are designed for continual strengthening of the strongest leagues and clubs; competition is in danger of being replaced by structural self-perpetuation” is only true to a certain degree.

However, on a league-by-league basis, it is noted earlier that European leagues that possess lucrative broadcasting rights are experiencing improvement in results on a continental level whereas leagues, which lack broadcasting revenue, have weakened or stayed stagnant.

Hence, the notion, which tries to generalise the effect of broadcasting revenue systems on competitive balance on two different levels, is proven to be inaccurate. Nevertheless, it would also be unwise to rule out the possibility of broadcasting revenue systems affecting competitive balance (on both levels) to a certain extent.