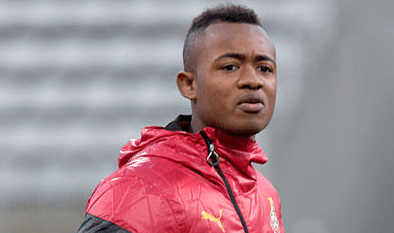 Crystal Palace picked up their third consecutive 1-0 win in the Premier League on Saturday after putting Watford to the sword and Jordan Ayew was once again the hero. The 28-year-old started alongside Christian Benteke in attack and scored the winning goal to earn the Eagles all three points.

Ayew has popped up with important goals of late, having a hand in both goals when Palace beat West Ham United (December 26, 2019) 2-1, scoring the equaliser in the Eagles’ 1-1 draw with Arsenal (January 11, 2020) and notching the winner in their 1-0 win over Brighton & Hove Albion (February 29).

Doing brilliant this season, great player! Keep up the good work. ❤️💙 Easily the best signing of the season from anyone in the Prem. Bargain!

You are becoming a proper striker

Against Watford, Ayew played for 90 minutes, had 49 touches, completed 89.3% of his 28 passes, had three shots with 66.6% accuracy, made one tackle, gave away two fouls, made one clearance, drew four fouls and had three successful dribbles.

The Ghanaian international has made 30 appearances in all competitions this season, scoring and creating nine goals. Ayew has netted twice in his last two Premier League outings and has helped Palace rise to 11th in the table. Next up for the Eagles is Bournemouth (away) on Saturday.