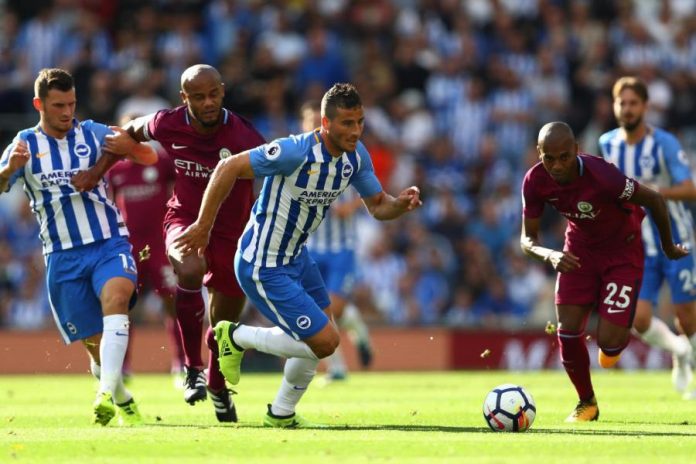 Brighton and Hove Albion’s Lewis Dunk, Shane Duffy and Anthony Knockaert have all signed new contracts, the club has confirmed.

Centre-back Dunk and winger Knockaert have signed five-year extensions while Duffy has extended his stay with the Seagulls by four years.

“Lewis, Shane and Anthony were key members of our promotion-winning side last season, and I fully expect them to be important members of the team once again this season,” said manager Chris Hughton.

Brighton are of course back in the Premier League this season and were immediately put to the test against Manchester City in their league opener. Hughton’s side lost 2-0 to Pep Guardiola’s men at the Falmer’s stadium. But the much experienced Hughton believes the squad is savouring every minute of life in the big league.

“They’re relishing the step up to the new level and they each have the capability to perform and excel in the Premier League – and they have certainly earned these new deals with their performances on the pitch.

“It’s been a really straightforward process getting everything completed and I’m absolutely delighted that three key members of the squad have committed their futures to the Albion.”

Brighton will travel to the King Power Stadium on Saturday to face Leicester City in their next league fixture.