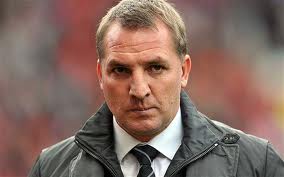 Assuming (as seems likely) that Brendan Rodgers will be Kenny Dalglish’s successor in the dugout at Anfield, he has a dream job that could very quickly turn into a nightmare. By taking on the job of rebuilding Liverpool into an outfit regularly finishing in the top four and challenging (if not winning) for League titles and domestic cups he has inherited a task monumental in size.

The Liverpool squad currently has potential but is still bloated and in need of recovery from last summer’s spending binge that saw £114m on players who largely failed to live up to their transfer fees. Stewart Downing failed to contribute neither a goal nor an assist in the League all season, Jordan Henderson seemed to be swamped by the pressure of playing for Liverpool, Charlie Adam contributed little after a promising start and Andy Carroll signed last winter resembled a hungover Sunday league footballer charging round the pitch like a wounded rhinoceros with little clue of how to play football. Thiat was until the fag end of the season when twice in a matter of days he embarrassed John Terry with sheer pace and strength.

Jose Enrique was a good signing for his £7m transfer fee though even he faded in the last few months, perhaps due to tiredness as Liverpool didn’t have a proper left back in reserve and he started 33 of the 38 League games. Craig Bellamy was possibly their best signing, and he was a free transfer. His pace and dynamism provided danger to defenders in an otherwise slow, often stilted side. Of course one season is not enough to judge these players and judge the spending splurge of last summer though the regression of Liverpool and its signings throughout the season must have been worrying. Henderson looked no less nervous in March than he did in August. Downing was dire all season long. Adam struggled with injury while Carroll was a peripheral figure until his barnstorming display as a substitute in the FA Cup final.

Last summer’s spending is crucial to the current state of Liverpool as those signings were supposed to form the backbone of the side for years to come. Think of how around 2004 Chelsea bought Cech, Essien, Drogba, Carvalho to form the basis of the side that in the last decade has won every trophy going. Now Chelsea could afford to whiff on a few signings like they did with Kezman, Tiago, Veron and Wright-Phillips because of Roman Abramovich’s financial muscle. Whether the Fenway Sports Group will be so willing to splash the cash again is not yet known.

If Rodgers is hired then they may well have to spend another sum close to £114m to make progress. That’s simply because Dalglish and Rodgers have completely different philosophies and tactictally are poles apart. Dalglish favoured two out and out strikers and only two central midfielders in an era when most top sides are moving to 4-3-3 or 4-2-3-1 where teams sacrifice a central striker for an extra man in the midfield. Rarely did Liverpool play with three central midfielders with Henderson often shunted on to the wing to accommodate at first Charlie Adam and then Steven Gerrard.

The plan was seemingly to have Downing provide service to Carroll with Luis Suarez playing off him. Dalglish did this at Blackburn where Jason Wilcox and Stuart Ripley ran up and down the wings crossing balls for Alan Shearer and Chris Sutton to nod in. The personnel and style of play was distinctly British. Only Stoke and Aston Villa won more aerial battles than Liverpool last season and no side won a higher percentage of aerial battles than Liverpool.  Its’ fair to say no side managed by Brendan Rodgers has ever led aerial battles won statistics.

Rodgers’ short passing, high pressing game, the sort Spain and Barca have used to wreak havoc on their rivals in recent years has been successful as Swansea but didn’t work so well at Watford and Reading. Reading sacked him when his attempted transformation of their playing style failed miserably and saw them struggling in the Championship relegation zone. Now Rodgers will have more money and more resources at Liverpool but his failure to fundamentally change the playing style at Reading must be something for Liverpool’s owners to chew the fat over.

At Swansea his predecessors Paulo Sousa and Roberto Martinez had already created the foundations for the short passing game Rodgers loves. He didn’t have to build Swansea from scratch but merely add his own take on their approach to football. This he has done with remarkable success. But at Liverpool he won’t merely have to add little changes to create a mini-Barcelona. He’ll have to make fairly radical changes to the playing style Liverpool have utilised for the past decade and convinced seasoned internationals that he (a manager with one season in the Premier League) is worth listening to, something Roy Hodgson never appeared to do. And Hodgson has managed all around the world with a fair amount of success.

Adapting to Rodgers style of play won’t be impossible though. There are vestiges of hope that this can be pulled off. There were times last season when Liverpool did pass the ball with fizz, crackle and pop and when they looked potentially a side that could challenge the best. 82% of their passes last season were short passes (only 3% less than Swansea). They averaged 55% possession per game and had a pass success rate of 80%. This put Liverpool respectively 7th and 8th in the League in these statistics which without being brilliant indicates that there is plenty for Rodgers to work with.

What will worry Liverpool’s owners is how ill-suited last season’s signings are to this type of football. Andy Carroll’s pass success rate is dismally low at 60%. Of Liverpool players pass success rate Charlie Adam was 20th completing only 79% of passes. Jordan Henderson completed only 83% of passes. Henderson and Adam were the most common partnership in central midfield for Liverpool last season and on average completed only 81% of passes. Compare this to Joe Allen and Leon Britton who were Swansea’s two central midfielders and completed on average 92% of passes attempted.

That shows that though there is talent for Rodgers to work with he still faces an uphill task to implement his footballing philosophy and also how the players that cost a fortune last summer are ill-suited to what Rodgers will require with them. Whether FSG back Rodgers with money or whether he will be forced to use Jay Spearing, Gerrard and the recovering from injury Lucas in central midfield along with Adam and Henderson will be interesting and potentially critical to Liverpool’s hopes next season.

Andre Villas-Boas failed to change Chelsea from a veteran, slow side into a fast high pressing modern side. Will Rodgers succeed with a similar transformation at Liverpool? I’m doubtful. He failed to cultivate a successful passing style when managing Reading and though he has more to work with at Liverpool he has inherited an immensely tough job. He will have more money in the transfer market than he’s ever had before, and for all the criticism Liverpool fans received at times last season they are a loyal, vociferous bunch who you’d expect to support Rodgers and not turn on him after a couple of bad results. Even with Hodgson it took a dozen or so games ad Liverpool to be in the relegation zone for fans to turn on him.

Liverpool is a great club with great history and great potential. But its been a distinctly mediocre club the last three season and a manager with verve, great man-management skills, tactical awareness and the ability to win over fans and people in the boardroom is necessary.

I wish Brendan Rodgers the best of luck if he takes over at Liverpool. He’s going to need it.