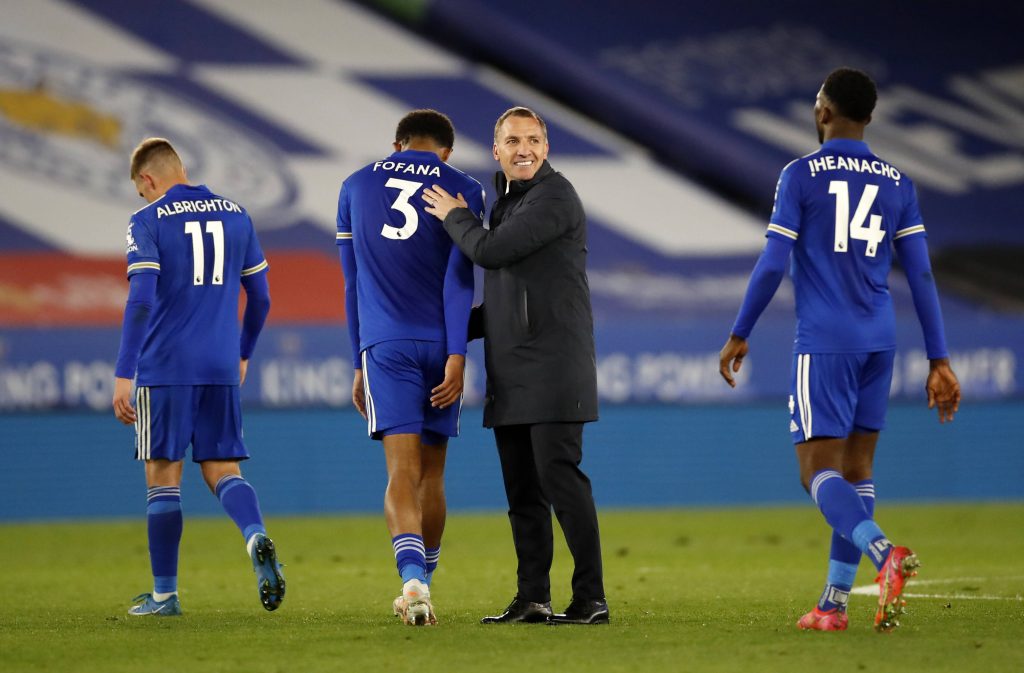 Brendan Rodgers officially ruled himself out of the running for the Tottenham Hotspur job this week and has now explained his thinking behind the decision.

Rodgers was one of the names most heavily linked as a potential replacement for Jose Mourinho, who was sacked following Tottenham’s 2-2 draw with Everton earlier this month.

Julian Nagelsmann was also linked, but the German manager has since been confirmed as the new Bayern Munich manager for next season.

Rodgers now has detailed why he would like to remain at Leicester.

“Tottenham is a great club, one of the biggest clubs in Britain, but I’m just in a really, really happy place in my life,” Rodgers explained, as quoted by the Evening Standard.

“I’m very happy here. I have huge respect here for the players, the board and I really feel that I want to continue my work here.

“I’ve got a really strong relationship with the board. We work very closely together. I’ve got a set of players that give me their heart and soul every single day, and also I can see a future here in terms of the development of the squad.

“Now, for the next period of years, let’s see if we can roll that out now, can we continually evolve.”

SL View – Where can Leicester finish next season?

This season has been another impressive campaign for Leicester under Rodgers.

The Foxes finished fifth last season and are on course to improve on that this term.

Sitting seven points above fifth-placed West Ham United, it is likely Leicester will seal Champions League football for next season.

However, where do they go from there?

Challenging for the title would be the obvious progression path, but another top four finish would secure their place as one of the Premier League’s best clubs.

With some smart recruitment and Jamie Vardy regaining his form, there is no reason why that is not possible for Rodgers’ side.