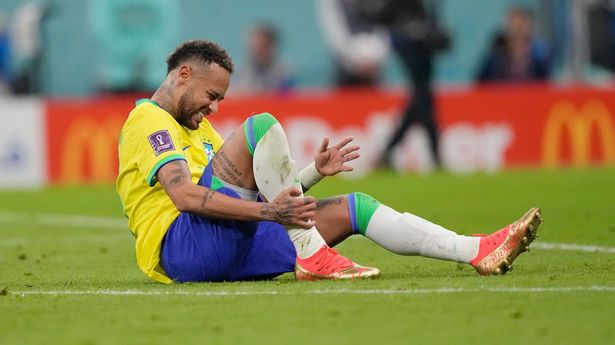 Brazil and PSG star Neymar has been ruled out of his nation’s remaining group stage matches against Switzerland and Cameroon with an ankle injury.

The Selecao, who are favorites to win the World Cup got their Group G campaign underway in style Thursday with a 2-0 win over Serbia. However, Neymar won’t see another group game.

It took a while for a goal to be scored in the game, however Tottenham Hotspur forward Richarlison turned up the heat and scored two goals to secure the win for the Brazilians including a fascinating bicycle kick.

RICHARLISON WHAT A GOAL! pic.twitter.com/cz7Zk8byz0

Despite the encouraging win, there were worrying scenes towards the end of the match as Neymar was forced off with an injury to his ankle, caused by a heavy collision with Serbia’s Nikola Milenkovic.

The PSG star was pictured in tears on the bench as pictures of his injured ankle then started the surface the internet.

Neymar in tears, something you hate to see. 😢

Fingers crossed it's nothing too serious. 🤞 pic.twitter.com/5WhfoQcyRw