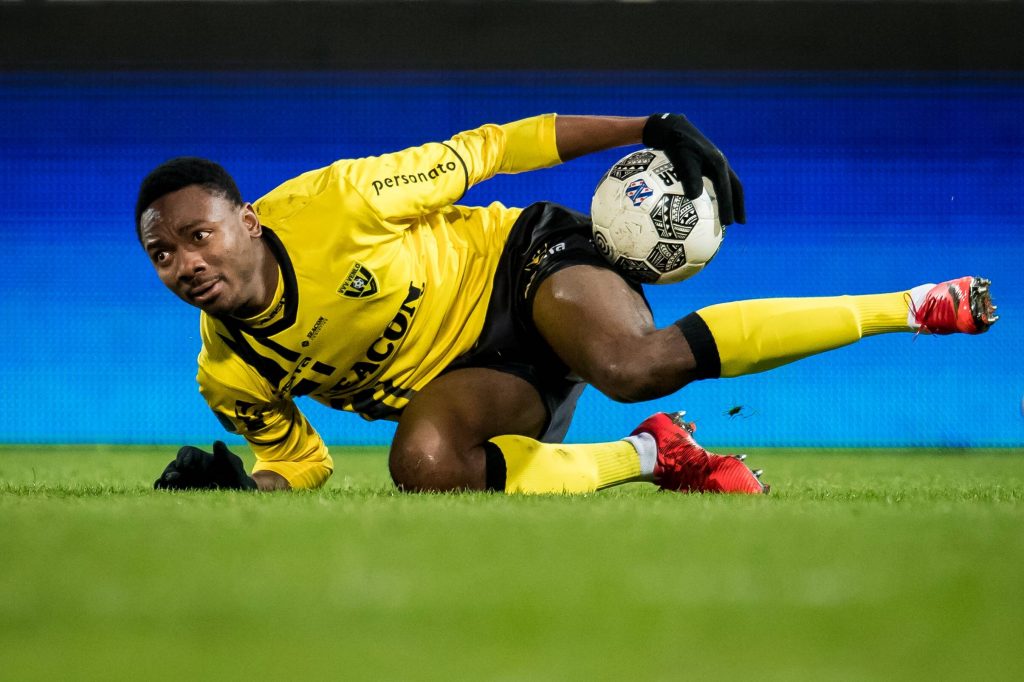 Bournemouth and Leeds United are in a two-way battle for the signature of Huesca midfielder Kelechi Nwakali this summer, reports AOIFootball.

Whites head coach Marcelo Bielsa is said to be keen on adding the Nigerian to his ranks and very much determined to add his flair to his squad.

The 23-year-old spent last season on loan at Spanish second division side Alcorcon and is eager to return to England.

Nwakali failed to make the grade at Arsenal, and Leeds appear keen on giving him another shot at top-flight football.

The Elland Road outfit want to strengthen in the middle of the park following the exit of Pablo Hernandez.

With Kalvin Phillips in need of a quality cover, the former Nigerian youth international could be a useful option.

Nwakaki helped Alcorcon hold on to their La Liga 2 status last season, weighing in with four goals in 18 appearances.

His strength and skills on the ball are qualities Leeds could do with, and Huesca could be forced to sell him this summer with just 12 months left on his contract.

The central midfielder joined Arsenal in 2016 after skippering his country to the under-17 World Cup in 2015 – where he guided them to victory and won the Golden Ball Award.

He had loan spells at Maastricht, Venlo and Porto B-side before his Gunners’ departure in September 2019 without a first-team appearance.

Nwakali could be back in England in the coming weeks, with Leeds, Bournemouth and Watford all keen, and the three clubs will be hoping they can pip the competition to his signing.