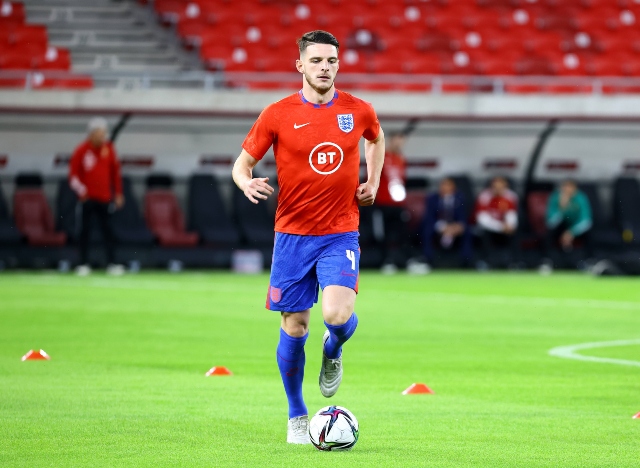 Click here to join PariMatch and receive £30 in Free Bets

The European qualifiers for the 2022 FIFA World Cup resumed at the start of the month and the top teams across Europe are vying for a place in the showpiece event which runs from 21st November to 18th December in Qatar next year.

There are a few exciting games to look forward on Sunday and here at Sportslens, we have put together a both teams to score 5-fold accumulator.

PariMatch are giving all SportsLens readers a £30 Free Bet on Sunday when placing a £5 bet on any football match. Bet just £5 on any game and they will give £30 in Free Bets to use on any sporting events o your choice.

The Red Devils picked up a 5-2 win over Estonia on Thursday and they will be the favourites heading into Sunday’s contest as well.

However, Roberto Martinez’s men have been vulnerable defensively and they have conceded four goals in their last two outings.

On the other hand, Czech Republic have failed to score just once in their last six international matches.

The likes of Romelu Lukaku and Tomas Soucek are in red hot form for their respective nations and we are expecting goals in this game.

Hansi Flick began his tenure as the German head coach with a 2-0 win over Lichtenstein last time out and he will be looking to build on that with another win on Sunday.

Armenia are currently one point clear of them in Group J and the Germans cannot afford to underestimate their opposition despite having a better squad at their disposal.

The Germans have conceded in seven of their last eight matches and it wouldn’t be surprising if Armenia managed to get on the score sheet here.

Meanwhile, Flick has ample firepower at his disposal in the form of Leroy Sane, Kai Havertz, Timo Werner and Serge Gnabry. Both teams to score seem quite likely.

The European champions were held to a 1-1 draw against Bulgaria last time out and Roberto Mancini will demand a win from his players this time around.

Italy have conceded at least once in each of their last five matches and Switzerland will fancy themselves to get on the score sheet.

Meanwhile, Switzerland are coming into this game on the back of ten goals conceded in their last six matches.

The Swiss have not lost in any of their last three home matches against Italy in all competitions and this should be a closely fought encounter with both teams getting on the score sheet.

Iceland are coming into this game on the back of a 2-0 defeat against Romania earlier this month and they will be looking to grind out a win at home.

They have conceded in five of their last six matches and North Macedonia will fancy their chances of getting on the score sheet.

Meanwhile, the visitors have conceded in four of the last six matches as well and neither side are particularly well organized at the back.

Both teams have managed to score in four of their last six matches across all competitions and the two teams are likely to score here.

Albania have scored in four of their last six matches despite picking up just two wins in that time. They’ve managed to score against quality opposition like Czech Republic and Poland in their last two outings.

Meanwhile, Hungary are coming into this game on the back of some impressive performances against France and Germany. They will be fired up after the humiliating defeat against England last time out.

The visitors managed to score against Germany and France earlier this summer and they should be able to breach Albania’s defence which has conceded six goals in four qualifiers so far.

Hungary aren’t impressive at the back either and they have conceded eight goals in their four World Cup qualifiers. Albania will fancy their chances of scoring as well.

Sunday’s both teams to score accumulator

We are placing Sunday’s bet with Parimatch using their Bet £5 Get £30 Free offer. A £5 Free Bet on our selections will return £184.37. If the bet loses, we still receive £30 in Free Bets for Monday’s games!

Click here to join PariMatch and receive £30 in Free Bets