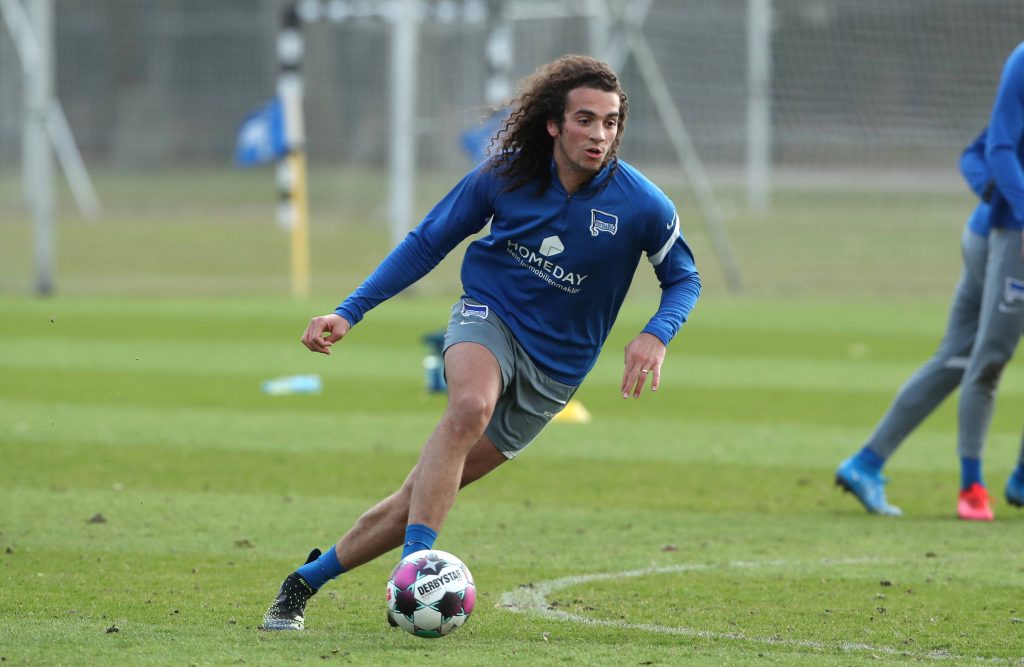 Guendouzi spent the previous season on loan with Hertha Berlin after falling out of favour under Gunners manager Mikel Arteta.

He had a good campaign with two goals and three assists from 24 outings, but his season ended in disappointment with a foot injury.

Guendouzi’s contract with the Gunners expires in June next year, but the club have the option to extend his stay for another 12 months.

However, they are keen to part company with the Frenchman and are willing to sanction his exit during the summer transfer window.

Marseille have already agreed personal terms with Guendouzi, but they are yet to negotiate a transfer fee with the north London giants.

They could now face competition from Dortmund to sign the Lorient graduate.

Guendouzi was dropped by Arteta during the back end of the 2019/2020 campaign after his on-field behaviour against Brighton & Hove Albion.

The Frenchman briefly grabbed Neal Maupay by the neck as he was angry with the striker’s involvement in Bernd Leno’s knee injury.

While he avoided any FA sanctions, Arteta was far from impressed with the midfielder’s antics and dropped him from his first-team plans.

Guendouzi has made just 12 appearances under Arteta, and there appears no room for reconciliation with the Spaniard eyeing new midfielders.

Marseille have made initial contact with the Gunners, but they are leaning towards a temporary deal for the France youth international.

The Gunners prefer to offload him for good, and Dortmund could be the ideal destination for Guendouzi to make the most of his potential.

The German outfit are always on the search for quality young talent. Their scouts will have kept a close watch on Guendouzi’s progress at Hertha.

The Gunners will hope that there is a bidding battle on the cards to gain more funds from the sale of the 22-year-old.