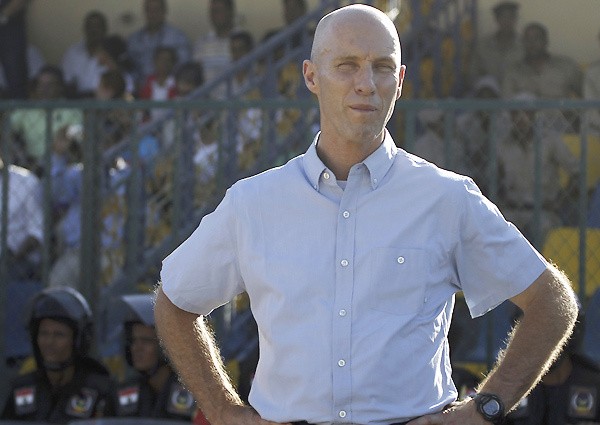 Bob Bradley became the second manager to be dismissed by Swansea City in less than three months, after the Premier League club confirmed on Tuesday that the American is no longer in charge.

Swansea City can confirm that the club has parted company with manager Bob Bradley. Full story to follow. pic.twitter.com/jMJ8wkUvgh

His position at the club became untenable after a 4-1 defeat at the hands of West Ham United on Monday. The result, a third straight loss, left the team in second-to-last place in the league. After the fans chanted, ‘We want Bradley out’, during the aforementioned contest, it became evident that Bradley’s services would no longer be needed.

Although neutrals can argue that Bradley wasn’t given time to turn things around, the American failed to keep his team organised and motivated to push themselves away from relegation. His side have conceded more goals than any Premier League club since he replaced Francesco Guidolin in October, and under his regime, things have steadily gone worse for the south Wales club.

26 – Since Bob Bradley took charge of his first Swansea game, the Swans have conceded more goals than any other Premier League side. Leaky.

Bradley’s biggest mistake was that he tried to make too many changes too soon. He fielded the same starting lineup only twice in 11 games, and made drastic changes to the formation and system in almost every game. This constant experimentation without getting results has resulted in negativity among the squad and fans.

His constant tinkering with the formation and system denied Swansea the chance to establish an identity for themselves. He went for more expansive and free-flowing football, where a more pragmatic approach was required. His side had no shape, structure, or style.

At this moment, it remains unclear how Swansea will approach the managerial situation, and it could well happen that the club may opt to make a short-term appointment until the end of the season. Alan Pardew, who was only recently sacked by Crystal Palace, may come under consideration, while Frank de Boer, Gary Rowett, Roy Hodgson, and Chris Coleman could be other possible options.