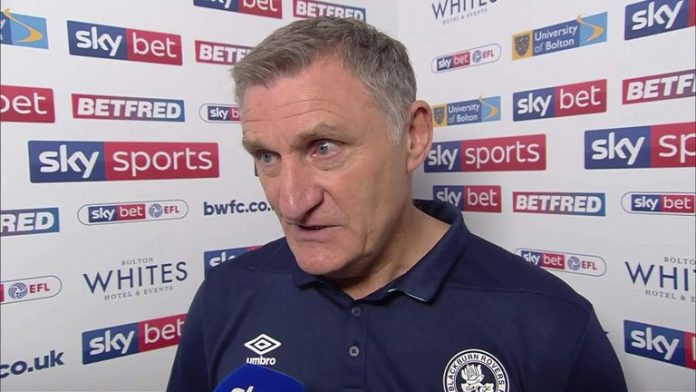 Tottenham Hotspur and West Bromwich Albion are amongst the clubs reportedly interested in signing the playmaker who has been hugely impressive since signing for Rovers.

He scored 18 goals in 42 league appearances last season to help Mowbray’s side clinch promotion back to the Championship at the first time of asking.

Dack has added another eight goals in 14 games at the higher level to spark talk of a big-money move elsewhere.

However, with Rovers aiming to secure back-to-back promotions, Mowbray told fans at a consultation meeting held at Ewood Park on Thursday that Dack will not be sold in Janaury.

“He wants to play in the Premier League and I’m sure he can,” he said.

“This window will come up quickly on us. My hope is that Bradley knocks on my door and say that he doesn’t want to go.

“I think he trusts me. I’m not a bully. I try and give him the human angle of showing him how far we’ve helped him progress.

“My belief is that he owes us something back in the short-term. In the mid-term we have to give him a team that he can keep producing in.

“He won’t go anywhere though, even if we get big bids, in this next window.”

While the likes of Spurs may well believe that Rovers could be persuaded to sell Dack, the reality is somewhat different.

Owners Venky’s haven’t always endeared themselves to Rovers fans regarding their running of the club, but they do have a track record of only selling players when it suits them.

Mowbray will undoubtedly have told Venky’s that Dack is the key to winning promotion back to the top flight and giving them the chance to recoup some of the £100 million plus they’ve loaned the club since taking over.

If Rovers fail to climb back into the Premier League this season then Dack could well be sold next summer, but anyone trying to prise him away in January will be wasting their time.