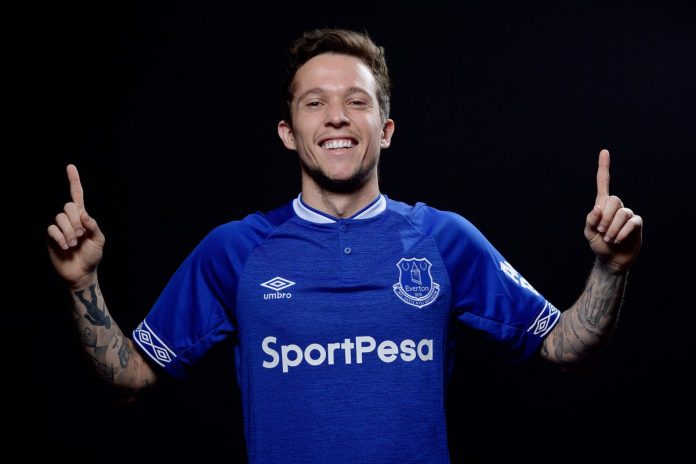 Brazilian winger Bernard has promised to give it his all every time he plays for Everton.

The 26-year-old is currently building up his match fitness and he is expected to start games for Marco Silva’s side soon.

He said: “Every time I wear this shirt I will play to my best. It’s hard to tell [if I can play 90 minutes]. You can only tell when that match comes along. The Premier League is very, very different. The game is more tactical and physical. You don’t have as much time on the ball and you don’t have much time to think. With Brazilian football, you have much more space. The Premier League is the best championship in the world. Everyone wants to be here and you learn a lot from English football.”

Bernard has made just 3 substitute appearances so far but he is happy to be patient and work on his game.

Everton fans will be pleased with the player’s attitude so far.

The former Shakhtar winger is highly rated in Brazil and it will be interesting to see if he can prove himself in English football.

Bernard revealed that English football is a lot more tactical and physical. Also, there is less space and time in England as compared to Brazil.

During his time at Shakhtar, Bernard showed the qualities needed to succeed in the Premier League. If he continues to work hard and give it his all every time he wears the Everton shirt, he is likely to succeed eventually.

Here is how the Everton fans reacted to his promise.

Gonna be a boss little player for us, no pun intended.

That’s great and everything but are we ever going to see the lad?

Or Mina or Gomes?

If the players are representing the fans, could you all play like you give a shit and know how to play the game. If I’m shit at something or don’t understand it then I don’t carry on acting like I do. Just so you’re representing me accurately of course ??

Start him for crying out loud

Let’s hope he means it. On current form, we need it!