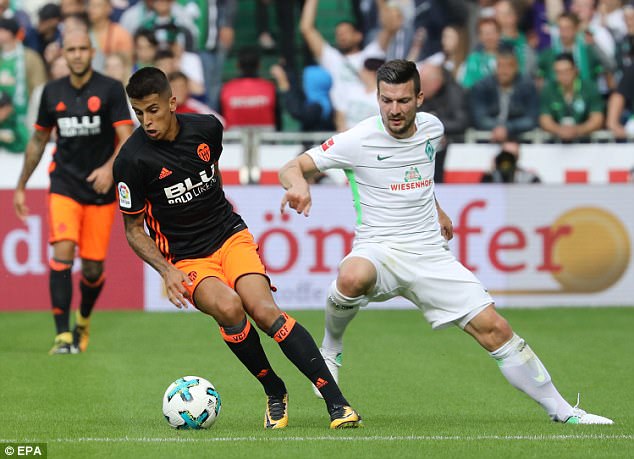 Manchester City are expected to announce the signing of Portugal international right-back Joao Cancelo any moment from now.

Brazilian defender Danilo has moved the other way, with Juventus also getting £27 million as part of the player-plus-cash exchange.

City fans are anxiously waiting for the club to make the move official, though, and French left-back Benjamin Mendy also seems to be also running out of patience with them.

The women team have snapped up South Korean forward Lee Geum-min from Gyeongju KHNP on a two-year deal, and the defender was quick to ask her if she had seen a Portuguese right-back in the corridors on her way in.

welcome here ! (did you see a portuguese right back in the corridors ? ?) https://t.co/gdkoTDTM9v

Cancelo could be announced today, and he is expected to help boost manager Pep Guardiola’s defensive ranks.

The 25-year-old will provide both competition and cover for 29-year-old Kyle Walker, and his ability to play further up in midfield and as a winger also comes as a huge boost for City.

Cancelo can also play at left-back, and he could also put pressure on the current three players the Etihad stadium outfit have available in the position.

Guardiola’s side need additional quality squad depth in order to retain their domestic treble and successfully mount a strong challenge in the Champions League.