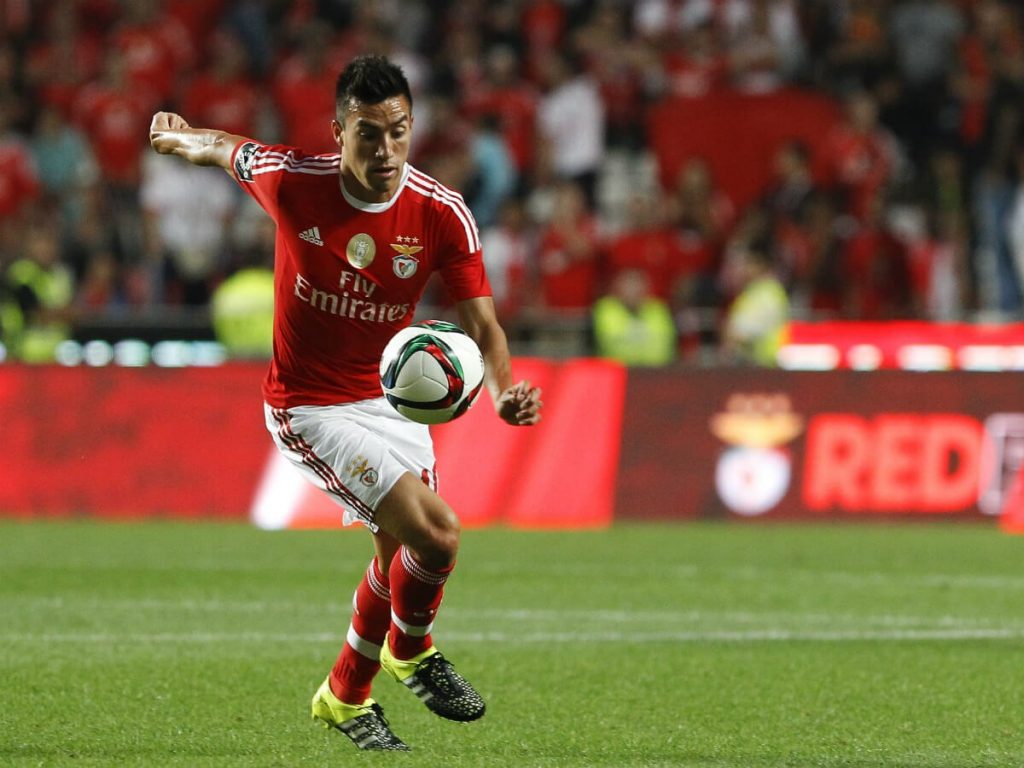 Benfica and Atletico Madrid have reached an agreement for the transfer of Nicolas Gaitan for €25 million, both the clubs confirmed on Thursday.

Gaitan extended his contract at Benfica until 2019 only in December but will join the 2016 Champions League runner-ups, subject to a medical which will be held in July after the midfielder’s participation in the Copa America.

The Argentine playmaker, who is currently in USA to represent his national side in the Copa America, has made 252 appearances for the Portuguese club, scoring on 41 different occasions.

A statement from Benfica read: “Benfica, complying with Article 248 of the Transfer Code, announce that they have arrived at an agreement with Atletico Madrid for the definite title transfer and rights of Osvaldo Nicolas Fabian Gaitan for the sum of €25m. The player will be subject to a medical examination.”

Primarily a left-footed player, Gaitan is comfortable of playing on either flanks with a tendency of scoring on big occasions. The 28-year-old was constantly linked with a host of Premier League clubs over the years, especially with a move to Manchester United.

Gaitan won three Primeira Liga titles with Benfica including the recent triumph of the 2015-16 campaign. Benfica also won five Taça da Liga titles and twice finished as runner-ups of the Europa League during the playmaker’s six seasons in the Portuguese capital.

Atletico Madrid boss Diego Simeone is looking to bolster his squad in every department after ending last campaign trophy-less. The Spanish giants failed to win the Champions League final against local-rivals Real Madrid in Milan and finished third in La Liga after dropping crucial points in the final few games of the season.