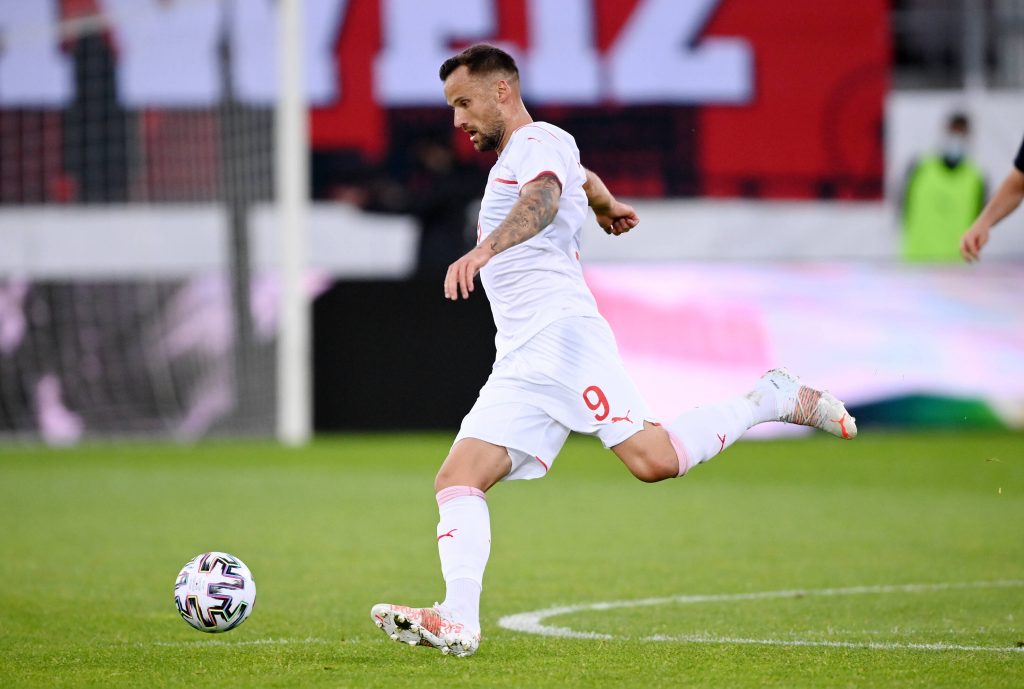 Everton have been told to pay €30 million (£25.4m) if they want to sign Swiss hitman Haris Seferovic this summer, according to a report from Correio da Manha.

The Benfica star was only valued at around €15m (£12.7m) before the start of the European Championships.

However, his fine form for Switzerland has changed all that, and Everton may now be wishing that they had made their move earlier.

Seferovic has been on fire for his country this summer.

Seferovic’s valuation has doubled from just €15m (£12.7m) two weeks ago to a rather exorbitant £25.4m, according to Correio da Manha.

On the face of it, Seferovic would be a decent option. However, £25.4m is a lot of money to splash out on a 29-year-old who is unproven in the Premier League.

The Benfica ace is a hard worker with very good movement, but his finishing isn’t the best and he has been known to miss some real sitters throughout his career.

His career record of just 116 goals in 408 games is evidence of this (Transfermarkt).

Everton should be looking for a younger striker with a better goalscoring record. There is certainly better value to be had in the transfer market this summer.

Seferovic is a decent striker but nothing more than that. Everton shouldn’t be sucked in by his fine form at Euro 2020.