Chelsea aim to make history as they build for the future

Portuguese Liga side, Benfica, will play host to the reigning Champions League winners Chelsea for the 2013 Europa League final at the Amsterdam Arena. Both finalists started their quest of Europe in the Champions League but they could only secure a third place.

Celtic finished two points ahead of Benfica and Chelsea were shown the exit on goal difference by Shakhtar Donetsk. Their Europa journey began in the Round of 32.

The former Dutch international, Patrick Kluivert, was appointed by UEFA as the official ambassador for the final.

This will be the fifth European final Chelsea will be contesting in their entire history. Their first European final was over 40 years ago and the last was that famous Champions League win at the Allianz Arena last season.

They are on the brink of joining an illustrious list of clubs to have won all three of UEFA’s major club competitions. An accolade that has only been achieved by Ajax, Bayern Munich and Juventus – to win the Champions League, Europa League and the UEFA Super Cup (or, as referred to as in the older days, Cup Winners’ Cup).

On top of that, if Chelsea wins they become the first club ever to win UEFA’s top two prizes in a reverse order. It will require quite a lot of planning – or in Roman Abramovich’s case, random sacking – to match this achievement.

The Premier League is all but decided with Tottenham needing a miracle to replace Chelsea in the top-four, Europa League holds the only chance for Rafael Benitez to send a message to the fans and the owner of the club before he departs the club come end of season.

Rumours have aired that Frank Lampard has signed a one-year contract extension although there has been no official word on it yet. But since John Terry failed a fitness test, Lampard will captain Chelsea in the final.

This is the first appearance in a final on the European stage for Benfica in 23 years. Before that, they had appeared in eight finals and won two.

Their first final came in 1960/61 when they defeated Barcelona in the European Champion Clubs’ Cup. They successfully defender their title in 1961/62 by thrashing Real Madrid 5-3 in the final. Benfica were there to contest the title in 1962/63 as well but AC Milan had the better of them in the final.

The Portuguese side attempted to reclaim the Champion Clubs’ Cup in 1964/65 but they lost 1-0 to Inter Milan in the final. Their charge at the European title was revived in 1967/68 but Manchester United destroyed all of their hopes with a 4-1 win. Their first appearance in the UEFA Cup final came in 1982/83 when they lost to Anderlecht on aggregate.

Their 1987/88 and 1989/90 Champion Clubs’ Cup campaign also ended with a defeat in the final against PSV Eindhoven and AC Milan respectively.

Since the inception of the Europa League, Benfica have re-emerged on the European scene as something of a Europa specialist. Aided by the goals of Oscar Cardozo and the pedigree of Europa League lucky charm Eduardo Salvio. 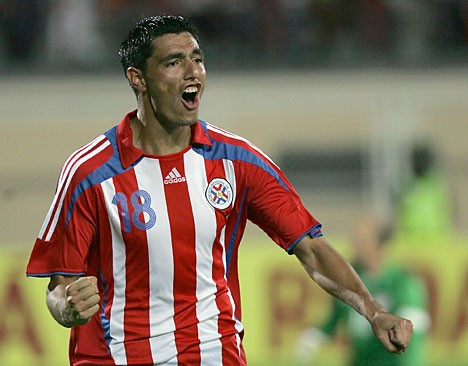 Losing semifinalist two seasons ago, the Eagles have gone one step further in this year’s Europa League. Jorge Jesus’s side have slotted back into this competition like an old pair of slippers and have reached Amsterdam with only one defeat in eight fixtures.

The goals of Cardozo has surely been important but Salvio has played a key role in the team. If Benfica win, it will be third time Salvio will lift the Europa League trophy in just four editions.

Cardozo’s goals have been crucial and have taken them out of crunch situations – notably his two goals against Bordeaux after coming of the bench. Jorge Jesus put it aptly after that game:

“Cardozo was decisive in this game. He is a very cool player in the area.”

“In my opinion [Cardozo] is one of the best players in Europe inside the box.

“He is a player who is above average in terms of keeping his composure and inside the area he has the intelligence of a world class player.”

Eduardo Salvio’s importance in the team was highlighted when Benfica visited Newcastle at the St James Park. Twice a Europa League winner with Atletico Madrid, Salvio is still only 22 years old.

After the move in August 2012, Salvio has forced himself into Jesus’ team and the Benfica coach will hope that his pedigree will make him even more worthwhile on 15th May.

The obvious favourites for this match is Chelsea but one must not underestimate Benfica. They have the firepower to trouble the Blues. That is why there are some good odds available in the ‘both sides to score’ betting market.

Ladbrokes have tied Oscar Cardozo with Fernando Torres at 6/1 in the ‘first goalscorer’ market while a 1-0 Benfica win and a 2-1 Chelsea win are both available at 9/1 in the ‘correct score’ market.

This is bound to be thriller of a match as both sides have enough quality at their disposal.