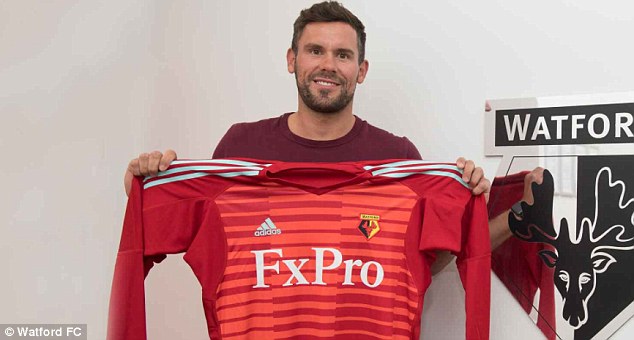 Watford completed the signing of Ben Foster from West Bromwich Albion on Thursday.

Ben Foster has taken to social networking site Twitter to deliver messages to West Brom and Watford fans after completing his transfer move.

With West Brom dropping down to the Championship following their relegation from the Premier League last season, the Baggies are losing several key players. Foster is the latest to join the exit brigade.

As reported by the Daily Mail, Watford have had to pay £4million with the goalkeeper penning a two-year deal at Vicarage Road.

Not many clubs I’d have looked forward to signing for,but @WatfordFC have always had a special place in my life,, can’t wait to get going again?

Thanks for the memories Baggies, it’s been 7 years that was honestly a pleasure and an honour to play each week. Thanks for making it a home and looking after me. And to all the staff and players, thanks for making it enjoyable to wake up and come into work everyday ?? @wba

Foster has been with the Baggies since 2011, when he first arrived on loan from Birmingham City, and the move was made permanent the following year.

He has made over 220 appearances in all competitions for the Baggies, and has been an epitome of consistency for them.

The 35-year-old had two loan spells at Watford in 2005-06 and 2006-07 from Manchester United and he expressed his joy at returning to his former club.