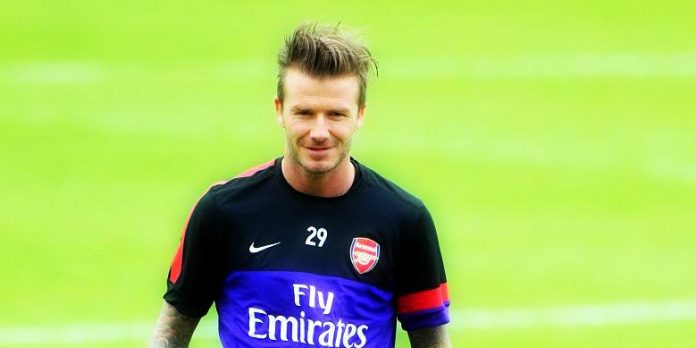 David Beckham has gone to Paris for his medical. The Guardian reports that he has chosen PSG over eleven other offers.

David Beckham is set for a return to Champions League football as he is in France to sign a deal with Paris Saint-Germain. The former England captain will be unveiled later at a news conference.

Beckham was the first British footballer to play one hundred Champions League matches during his stints with Manchester United, Real Madrid and AC Milan. Currently, he is available for free as his contract with LA Galaxy expired at the end of the 2012 Major League Soccer season.

On January 29th, Beckham trained with Arsenal but Arsene Wenger put an end to any transfer speculations that were arising. He denied any interest in signing Becks and said that the arrangement was for his fitness purposes only.

According to Guardian, the 37 year old midfielder had offers from twelve clubs from all over the world. Alongwith PSG, AS Monaco had also shown interest in Beckham. But the Paris club was the far better choice – PSG sit top of the Ligue 1 on goal difference and are preparing to face Valencia in the Champions League Round of 16.

Club president Nasser Al-Khelaifi and their director of football Leonardo will be present to reveal David Beckham as the new PSG player. The deal is said to be in the region of £150,000-a-week and it is likely to be a six-month deal with the option of extension.

This transfer will also give Beckham the chance to join former teammates from his days in Milan – Thiago Silva and Zalatan Ibrahimovic – and coach Carlo Ancelotti.

In the January window, PSG had trimmed their squad by off-loading some of their fringe players. However, Beckham’s arrival would raise the global profile of the club significantly.