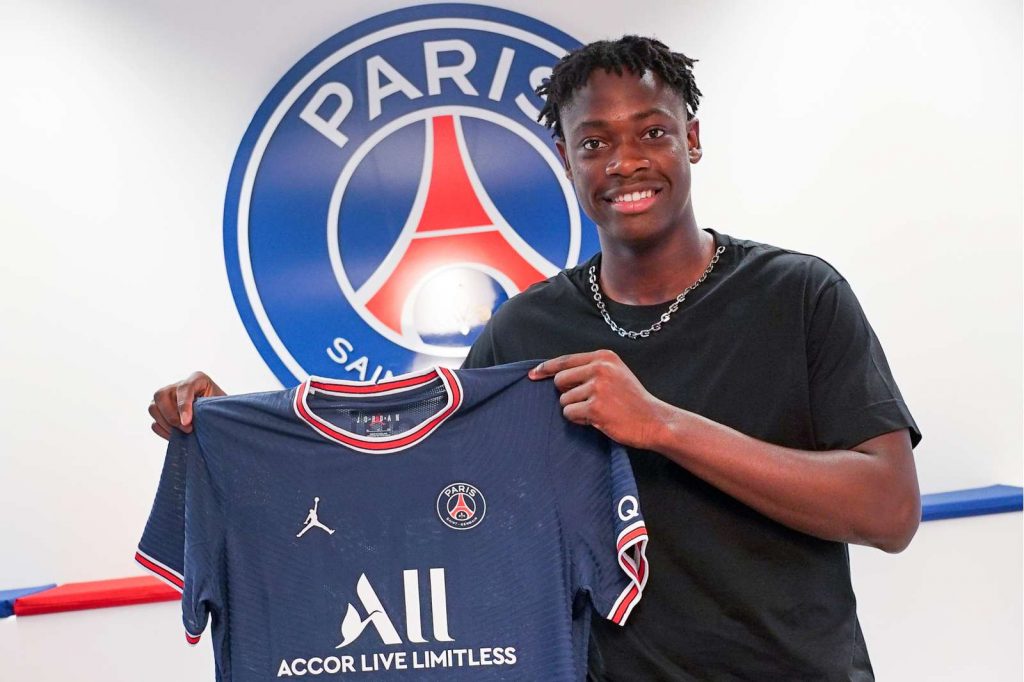 After losing Adil Aouchiche, Tanguy Kouassi and perhaps Xavi Simons at the end of the season, Leonardo risks seeing a new talent made in PSG take his leave at the end of the season. Despite being under contract until June 2024, El Chadaille Bitshiabu, whose playing time does not live up to his expectations, is the subject of a concrete approach from Bayern Munich

This is a new stone in the pond for PSG and for Leonardo. Already in great difficulty when it comes to convincing Kylian Mbappé to stay, unable to finalize the extension of Xavi Simons whose contracts come to an end on June 30, it is now El Chadaille Bitshiabu who is giving cold sweats to the Brazilian sports director.

It must be said that when he signed his first professional contract, the young central defender, who was already very mature for his position, with an impressive physique, natural leadership and who has a quality that is well above average, was then considered one if not the greatest hope of his generation.

His performances were enough to force PSG into handing him a contract extension with guarantees on his playing time. However, the youngster has completely disappeared from the radar since then and has not played enough.

Bayern Munich waiting in the wings

With only two Coupe def France appearances and 40 minutes of game time in total, the youngster who turns 17 on March 16, could leave for Bayern Munich.

The Bavarians are huge fans of the player and have already met with his entourage. The youngster is seen as a future investment. And after signing Tanguy Kouassi in similar fashion last summer, Bayern Munich are se to make their move once again.

The move should it happen, will be another case of a hot prospect leaving PSG because of the club’s inability to get the best out of its academy graduates.