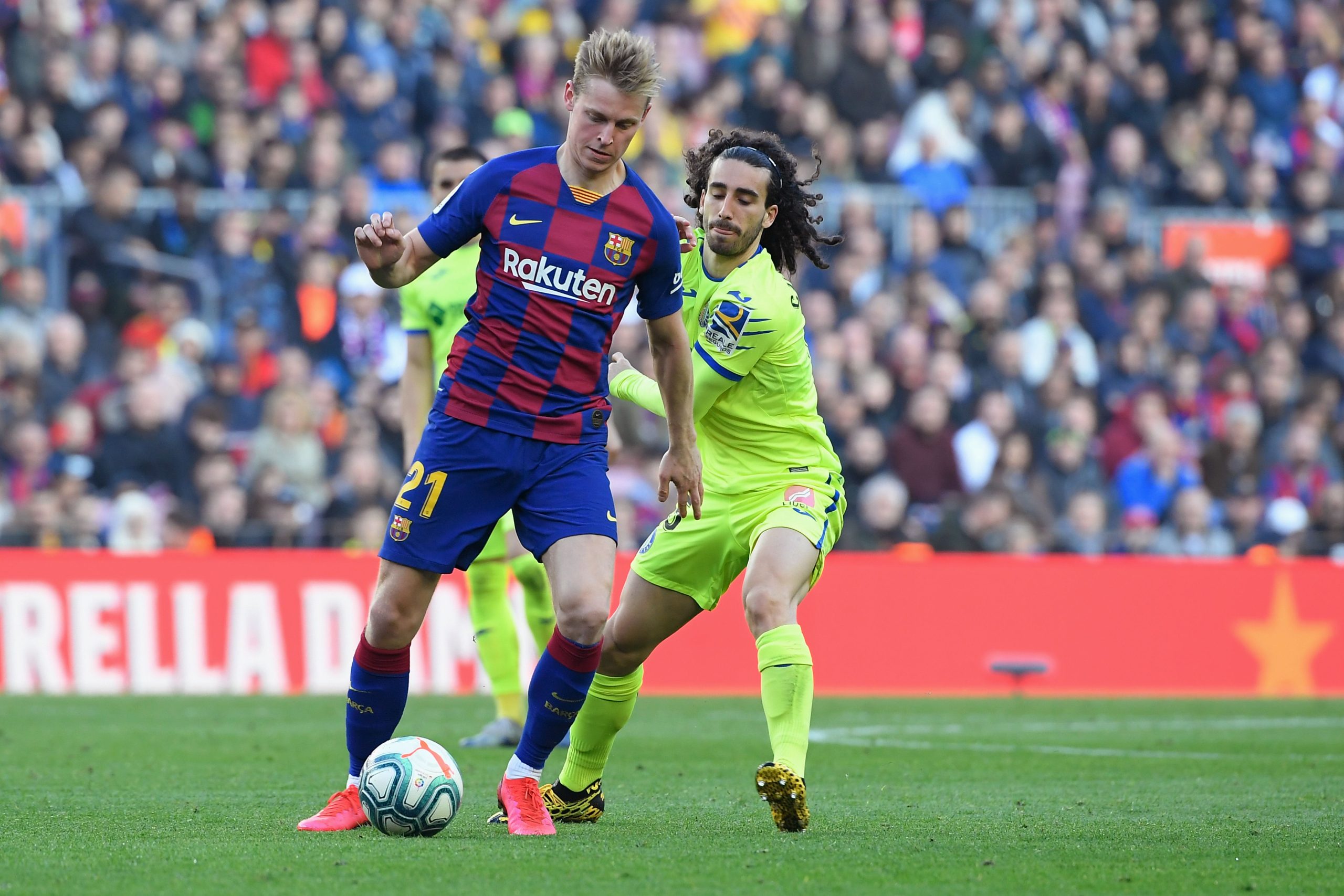 Bayern Munich are eyeing up a move for Dutch midfielder Frenkie de Jong, according to Spanish outlet Mundo Deportivo.

De Jong joined Barcelona from Ajax in the summer transfer window of 2019. Since then, he has had a mixed time at the Camp Nou, often showing flashes of brilliance without ever consistently producing his best stuff. Nonetheless, there is no denying that the Dutchman has immense potential, as proven by his stellar performances at Ajax.

Treble winners Bayern Munich are said to be interested in the 23-year-old, with Mundo Deportivo claiming that he could be sold in order to raise funds during financially unstable times for Barcelona.

Barcelona’s financial situation is no secret, with interim president Carlos Tusquets saying just last week that the club should have sold Lionel Messi in order to raise funds.

De Jong is a player that Bayern Munich have admired for a while. Mundo Deportivo reports that the Bavarians tried to sign him and centre-back Matthijs de Ligt back in 2018 for a combined €150m. One year later, both were sealing big money moves to Europe’s most elite sides, with the latter going to Serie A giants Juventus.

If Hansi Flick’s side wish to secure De Jong’s signature, then they will need to cough up a huge sum. The Netherlands international was bought for a massive €75m just one year ago, and recently signed a new contract which lasts until 2026.

The Dutchman would face strong competition for starting places at the Allianz Arena, with Joshua Kimmich, Leon Goretzka, and Thomas Muller currently occupying the midfield spots, as well as World Cup winner Corentin Tolisso vying for a starting berth. Nonetheless, their ambition to compete on all fronts makes squad depth a necessity.