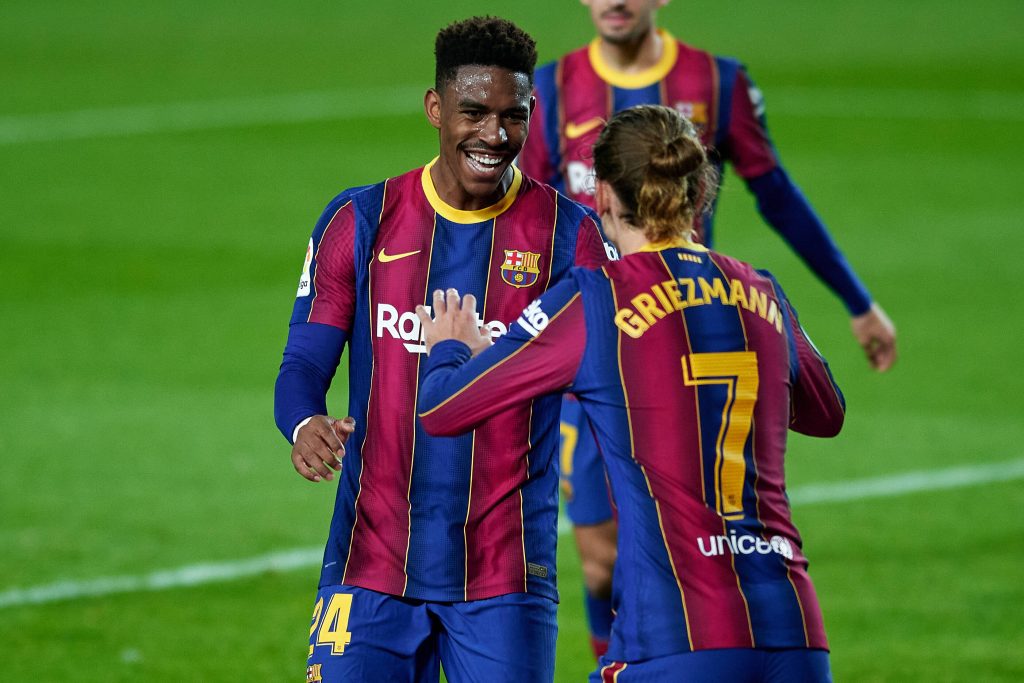 Barcelona are open to selling Junior Firpo to either West Ham United or Southampton this summer, Mundo Deportivo claims.

The Blaugrana are prepared to part ways with the defender, who is considered as the third-choice left-back behind Jordi Alba and Sergino Dest.

AC Milan came close to landing him at the turn of the year, but they failed to strike a suitable agreement with the Catalan giants.

The Rossoneri are back in the hunt for the 24-year-old, but they are only exploring a loan deal without the obligation to buy.

Ronald Koeman’s side would prefer to offload Firpo permanently, and they are prioritising his transfer to the Premier League.

West Ham and Southampton are interested in the full-back, and it is suggested that the former are best placed to sign him.

Firpo has had a tough couple of seasons with the Blaugrana, managing just 2,260 minutes across 41 appearances.

He will be aiming to establish himself at his next club, and a move to the Premier League could be a relishing prospect for him.

The Hammers have two solid options at left-back in Aaron Cresswell and Arthur Masuaku, but Firpo would be a solid upgrade on them.

He has struggled during his time in Catalonia, but he was a quality performer at Betis, where he was offered consistent game time.

Firpo would have the assurance of a starting role with the Saints, who are currently without a fit senior left-back after Ryan Bertrand’s exit.

However, the lure of playing in the Europa League could see him make the switch to the Hammers despite the competition for places.