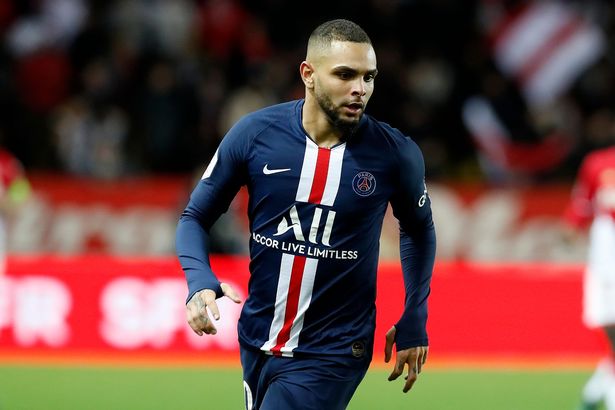 Barcelona have been fancied to land the signature of Layvin Kurzawa once his contract with Paris Saint-Germain expires during the summer, a report from Sport claims.

The Blaugrana signed Junior Firpo from Real Betis last year to provide back-up to Jordi Alba at left-back, but he has been disappointing in his 16 appearances to date.

As a result, there are already suggestions that he could be shown the exit door at the end of the season and Sport claims that Kurzawa and Porto’s Alex Telles have been identified as possible candidates to replace him.

It is added that the Blaugrana may place their focus on landing Kurzawa, given Telles appears likely to join Paris Saint-Germain, who are in advanced negotiations with Porto.

The 27-year-old would present an affordable option for the Spanish champions, given he would be available on a free transfer, while his signing-on fee and wages could be covered with Firpo’s sale.

Still, the Frenchman’s injury record remains questionable and he has made 20 league appearances in just one of his five seasons with Paris Saint-Germain.

With Alba having entered the final phase of his career, manager Quique Setien will need someone, who can potentially succeed the Spaniard in the long-run but it would be a gamble to recruit Kurzawa.

Alba has played in his shadows this term, having sustained a couple of hamstring injury setbacks and he has contributed just one goal and one assist from 17 La Liga outings.