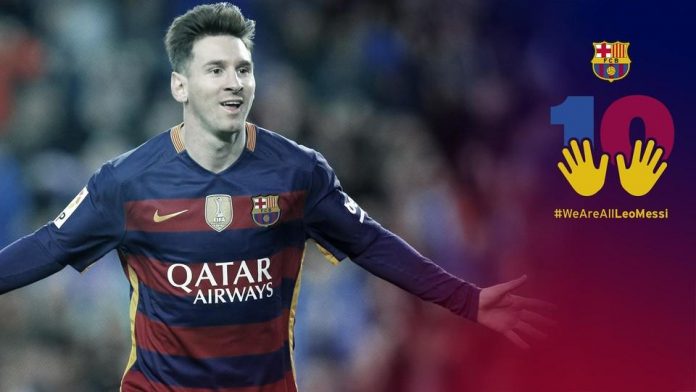 FC Barcelona and Brazilian forward Neymar have declared their support to Lionel Messi after the Argentine star was handed a 21-month sentence for tax fraud and a £1.7 million fine but is likely to escape serve time.

Messi also announced his shocking retirement from International football in the wake of his national team’s defeat in the final of Copa America last month. Argentina’s defeat into the hands of Chile was Messi’s fourth final on an international stage but the 29-year-old has failed to win a single major trophy.

But Neymar, who himself was fined almost £40 million by Brazilian court for evading tax on his sponsorship deals, has proclaimed his support for his attacking partner at the Catalan club.

The 24-year-old said in a public event in Brazil: “Messi is not only my friend, he is also my idol, and I will always support him. I can imagine what he is going through.”

Neymar also provided his outlook on Messi’s astonishing decision to retire from international football by adding, “I respect his decisions. But football, without Leo, is not football. It is very difficult to conceive of football without Leo.

“For those who like football, it is impossible to not like what Messi does for Barça and his national team.”

Meanwhile, Barcelona have initiated a campaign on social media to show their support during the tough time in the Argentine striker’s career.

It's time to show our support: #WeAreAllLeoMessi. Add your voice to the campaign 👐 https://t.co/ld9dyidoXO pic.twitter.com/mNnfeZxl17

A statement from Barcelona said: “Using the hashtag #WeAreAllLeoMessi while posting a photo or message with both hands open, the campaign is encouraging all Barça fans to express their sympathy for the greatest footballer in the world by voicing their unconditional support on social networks.

“By making it clear that #WeAreAllMessi, we want Leo to know that he is not alone. All members, supporters clubs, fans, athletes, media and everyone else are invited to participate.”