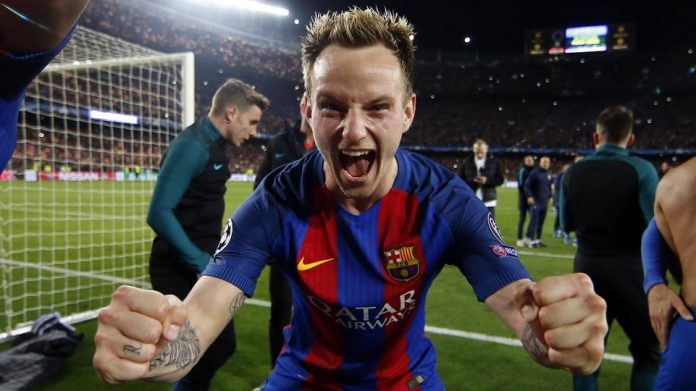 Barcelona have agreed to a new deal with the Croatian midfielder Ivan Rakitic.

The deal has been confirmed on Barcelona’s website and the statement read:

FC Barcelona has announced that it has reached an agreement with Ivan Rakitic to extend his contract through to 30 June 2021. He’ll be putting pen to paper on March 10 at 1.00pm CET in the club offices.

The 28-year-old was linked with a move to Manchester City and Juventus recently, but the former Sevilla playmaker has decided to commit his future to the Spanish champions instead. Rakitic has signed a contract until 2021 and his current release clause will be €125 million.

The Barcelona midfielder is regarded as one of the best central midfielders around Europe right now and the announcement will come as a major boost to the fans. The Catalan giants completed a historic comeback against PSG on Wednesday and Rakitic’s announcement could not have come at a better time.

Rakitic was signed from Sevilla in 2014 for a fee of €18 million. Since then, the Croatian international has been a key player for Luis Enrique and has racked up 145 appearances for them. He also helped Barcelona win the Champions League as well as La Liga during his time at the club.