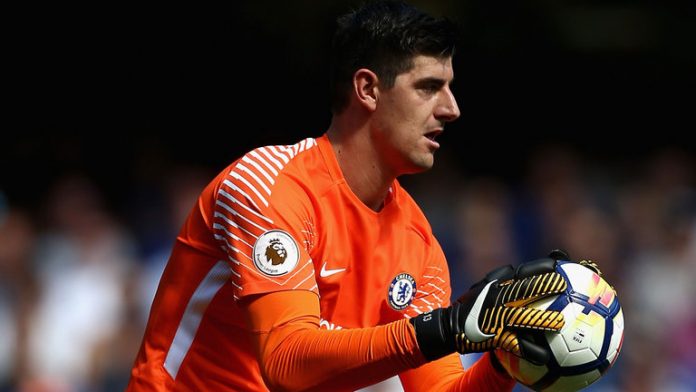 Chelsea have been dealt a blow, with goalkeeper Thibaut Courtois ‘crazy to sign for Real Madrid’, reports Diario Gol. The £120k-per-week star could be on his way to the Santiago Bernabéu if Los Blancos fail in their bid to sign Manchester United shot-stopper David De Gea this summer.

Courtois would be a ‘plan b’. The 25-year-old is out of contract in less than 18 months and has yet to agree to an extension. While his future at Stamford Bridge remains uncertain, Chelsea have a decision to make whether to cash in early this summer or risk losing him for nothing next year.

Signed from KRC Genk in 2011, Courtois has made over 140 appearances in all competitions and is regarded as one of the best goalkeepers in Europe. He’s been decent for Chelsea this season, boasting 13 clean sheets from 29 Premier League appearances and is being eyed by Real as a result.

A price would have to be agreed with the Blues, let alone personal terms, but Courtois’ love for Madrid is a big boost to Real’s hopes of landing his signature. Diario Gol say the 25-year-old dreams to live again in the Spanish capital, as it’s where his ex-wife and children live.

Atletico Madrid might be on alert too as Courtois is reportedly open to a return if De Gea joins Real instead. The Belgian spent three years on loan with the Rojiblancos and could come back if the coveted Jan Oblak is sold this summer.