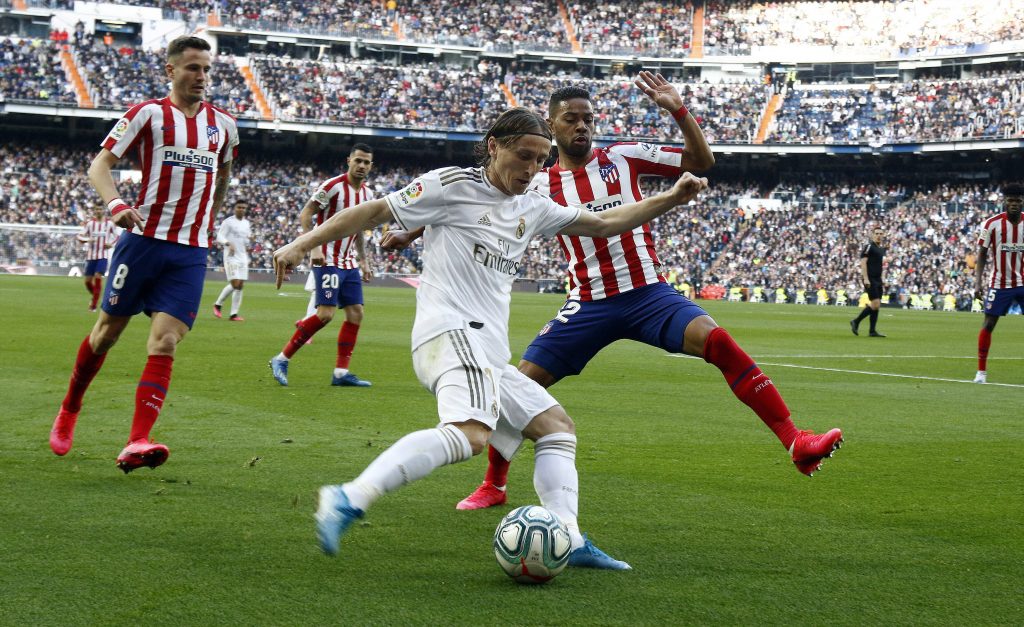 The visitors are level on points with rivals Barcelona and five adrift of league-toppers Atletico, who also have a game in hand on the chasing pack. Real Madrid are one of the most popular teams across the world but they are definitely on the backfoot in this game.

The encounter can go either way, but the outcome will unquestionably have a decisive impact on the title run-in.

Los Colchoneros are on a nine-match wait for a victory in El Derbi (D5, L4), last beating cross-town rivals in La Liga in February 2016.

Diego Simeone’s men have failed to score in three consecutive La Liga clashes against Real (D1, L2) and could set an unwanted record if they draw a blank on Sunday.

Neither side has ever gone four straight La Liga meetings without scoring in the history of the Madrid Derby.

After succumbing to Levante and Chelsea without reply, Atletico face the prospect of losing three home matches in a row for the first time under Simeone.

However, if they take an early lead, the hosts could run away with all three points.

Los Rojiblancos have won all 11 La Liga games in which they were ahead at half-time this season.

Los Blancos have gone into overdrive since suffering a 2-1 home loss to Levante on Matchday 21, winning four of the five subsequent league fixtures (D1).

Zinedine Zidane’s men have put together eight away league matches without losing (W5, D3) since a 4-1 thumping to Valencia in November 2020, winning the last three.

A victory here would see the French manager equal his best record of successive away league wins in his second spell in charge, last winning four in a row in July 2020.

Real are the only side yet to taste defeat at Wanda Metropolitano in La Liga (GP3 – W1, D2), with two of their three top-flight visits to this venue ending in a goalless draw.

Quick-start Los Merengues have conceded the opening goal in a league-low 7.69% of their La Liga trips this season.