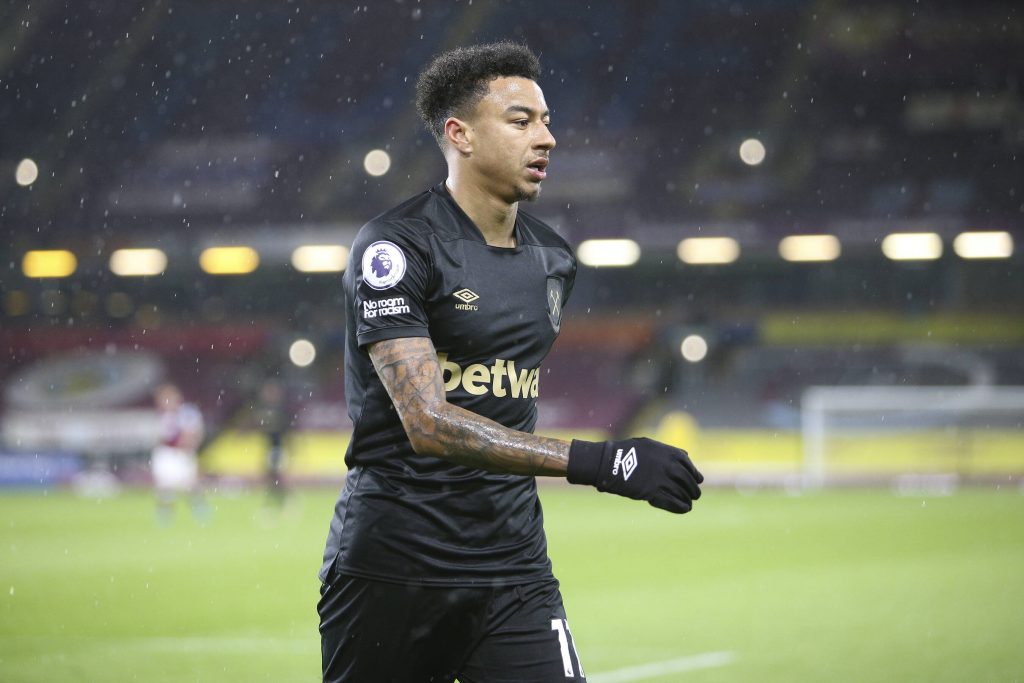 Manchester United midfielder Jesse Lingard has emerged as a target for Atletico Madrid, according to a report by 90min.

Lingard has been at Man Utd since the age of seven, earning his first professional contract in 2011.

He had loan spells at Leicester City, Birmingham City, Brighton and Hove Albion and Derby County, before becoming a regular at Old Trafford in the 2015/16 season.

He has since made 210 appearances for the Red Devils in all competitions, scoring 33 times – including the winner in the 2016 FA Cup final.

Following the arrival of Bruno Fernandes, he fell down the pecking order at Man Utd and went out on loan to West Ham United in search of regular playing time.

It was at the Hammers where he recaptured his best form, scoring nine and assisting four in 16 games and winning the Premier League Player of the Month award for April.

West Ham have been looking to bring the England international back to the London Stadium permanently this summer.

However, no deal has been reached, with reports suggesting that the two clubs disagree over his price.

If they don’t act quickly, they could miss out on their target. 90min claim that Atletico have now taken an interest in the 28-year-old.

Los Rojiblancos could be in the hunt for a new midfielder this transfer window.

Saul Niguez is expected to depart for La Liga rivals Barcelona, with forward Antoine Griezmann heading in the opposite direction.

Lingard could be a handy option for manager Diego Simeone.

His energy should suit the system nicely, and his versatility will provide strength in depth, which will be crucial if they wish to compete on multiple fronts.

The Englishman has just one year remaining on his current contract, potentially leaving him available for free next summer.