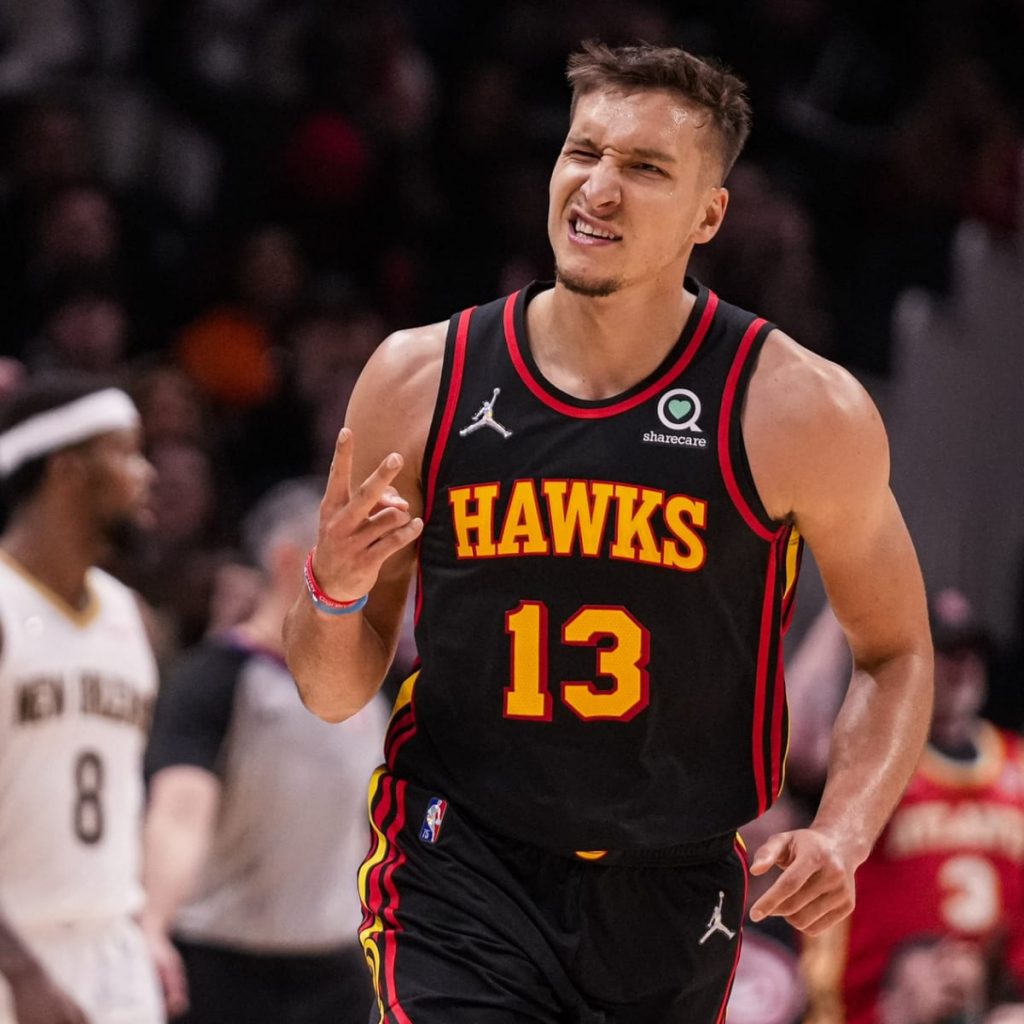 Atlanta Hawks guard Bogdan Bogdanovic has been ruled out for the season opener against the Houston Rockets.

He is out due to right knee recovery from off-season surgery. He is suspected to be back sooner rather than later.

Head coach Nate McMillan is pleased about Bogdanovic’s recovery as he dealt with knee injuries this past season. So the Hawks want to cautious with him.

Per McMillan, Onyeka Okongwu had an excused absence today. Bogdan Bogdanovic Is doing better but won’t be available Wednesday.

Bogdanovic was set to become Atlanta’s sixth man coming off the bench and be the top scorer for the second unit.

The Serbian born player was drafted by the Sacramento Kings in the 2014 draft. Bogdanovic did, however, make his debut in 2017 due to him being a Euro-stash player as they call it in the NBA. 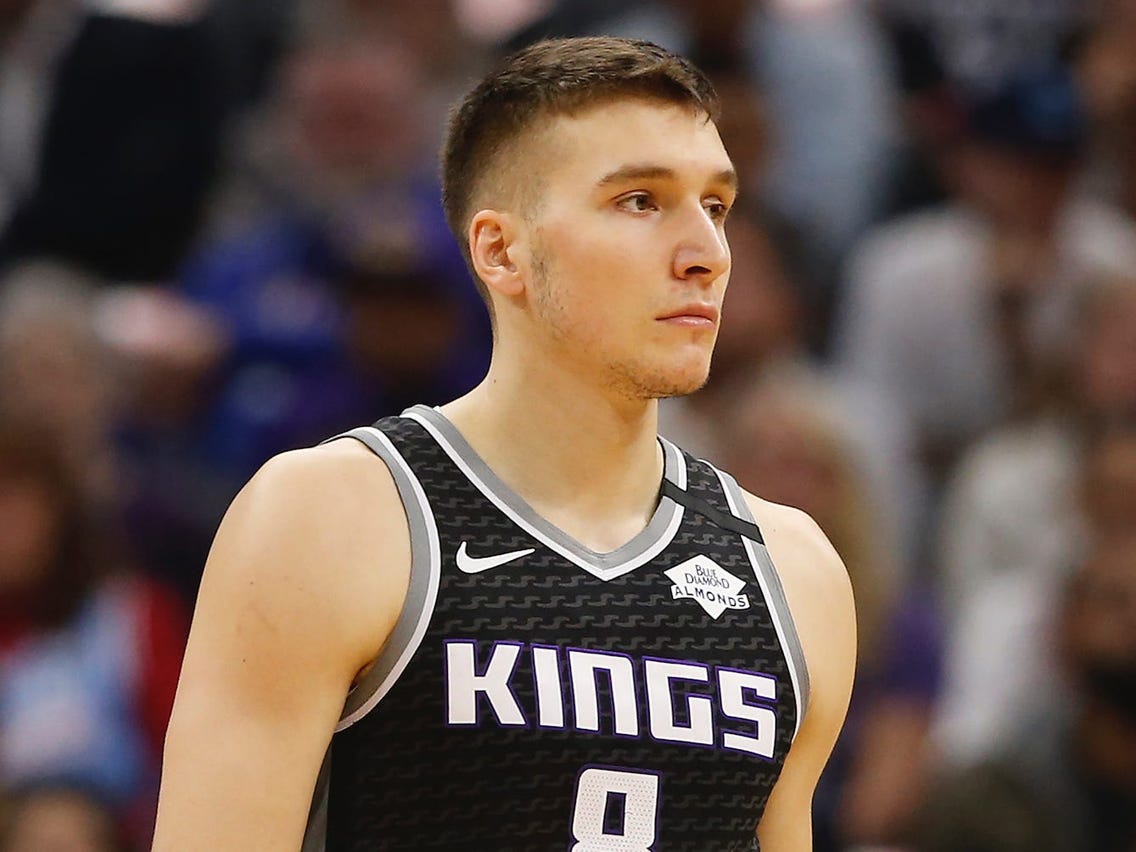 He is known to be a good scorer and mid range specialist. He is also known for his streaky shooting from three as well. When he’s on, he’s on.

In previous years with the team, he was the starter whenever starting forward DeAndre Hunter was injured. He has now been relegated to where he truly belongs, as the sixth man. 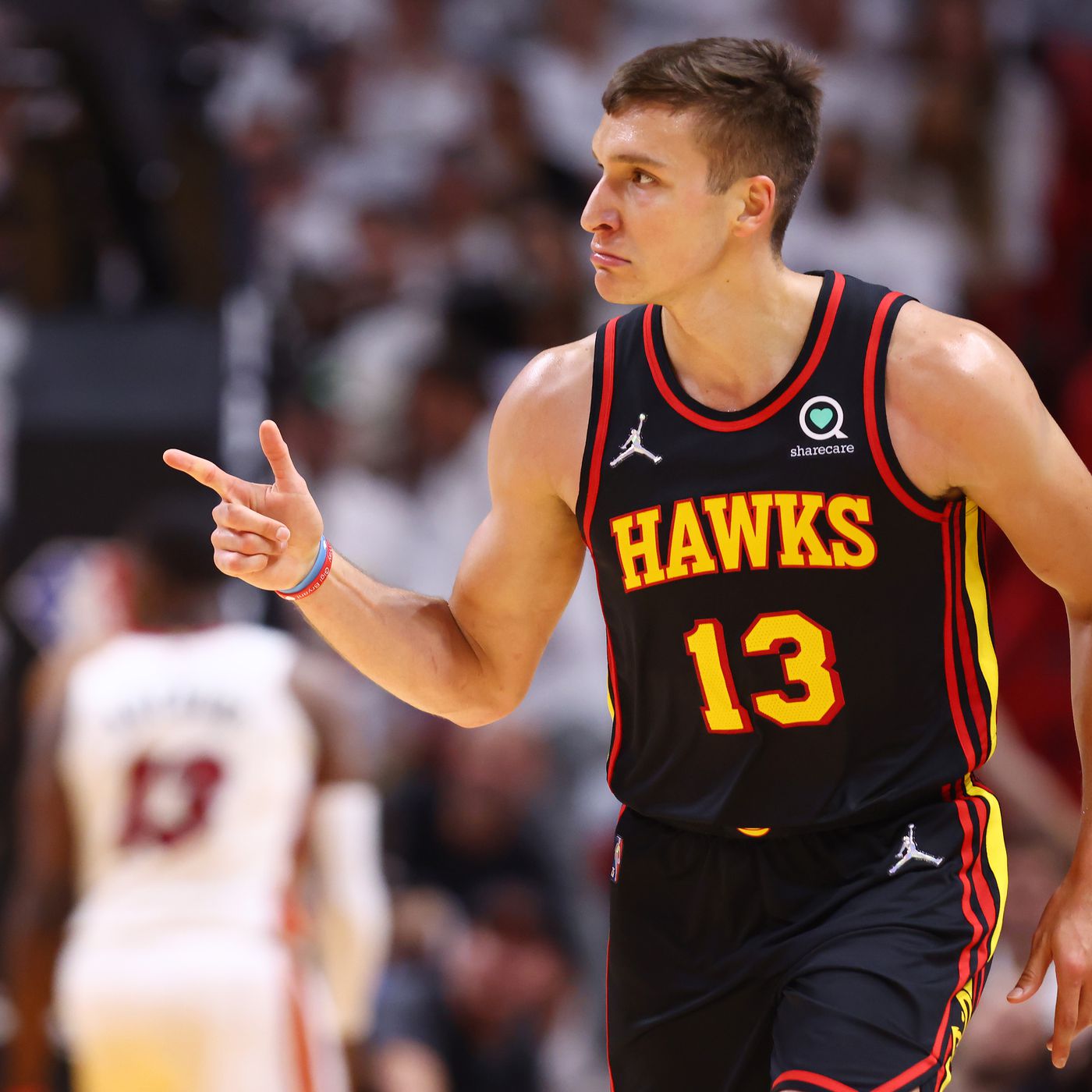 He has been productive for the team. In his first season he averaged a career high in points with 16.4 a game shooting 47% from the field and 43% from three.

Bogdanovic came back down to earth, however, as he shot a worse field goal and three point percentage.

Look for recently acquired guards like brothers Aaron and Justin Holiday or rookie A.J. Griffin to fill in the void when “Bogi” is out.

This is a huge year for the Atlanta Hawks, as they are predicted to make the playoffs this season.

If the Hawks want to compete in an already tough Eastern Conference, they need Bogdanovic to help them down the stretch when healthy.