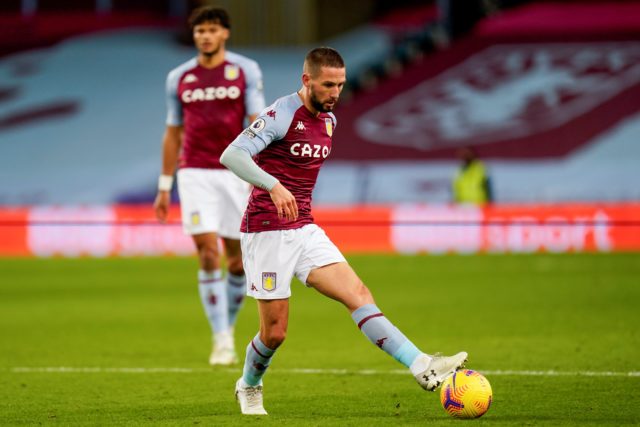 According to Gregg Evans of The Athletic, Aston Villa midfielder Conor Hourihane will leave the club in the January transfer window.

The report claims that AFC Bournemouth have joined the race to sign the 29-year-old midfielder.

TeamTalk reported yesterday that Championship clubs – Swansea City and Middlesbrough – have joined the race to sign the midfielder as well.

Bournemouth have shown serious interest in signing Hourihane and the Cherries will consider offering the option of a permanent deal if they secure promotion.

Earlier today, Sky Sports have reported that Bournemouth have agreed a short-term deal with former Arsenal midfielder Jack Wilshere. The former West Ham midfielder expects to sign the deal in the next 24 hours.

Bournemouth already have loads of central midfielders, and it remains to be seen whether they still make a move for Hourihane after signing Wilshere.

Let's see. Wilshere has been there training for a while, and the plan is to mix things up in the midfield. Others may move.

Evans has claimed that Villa could still sign a player this month if one or two players move out.

Villa have been linked with a move for Bournemouth’s David Brooks and Marseille midfielder Morgan Sanson, but Evans suggests that Dean Smith’s side are unlikely to move for the Welsh winger.

Bournemouth want midfielder Conor Hourihane, who will leave #AVFC on loan this month.

Elsewhere, Villa are unlikely to move for David Brooks in this window.#AFCB #Swans

Sanson has been linked with a move to Villa this month, with Marseille boss Andre Villas-Boas admitting interest from Premier League clubs in his player.

Possibility of bringing one in if one goes out. Don't know about Sanson at this stage, other than the reports already out there. Will update when I do.

Hourihane, who is on £30k-per-week wages at Villa Park, has dropped down the pecking order at the club following the arrivals of a galaxy of stars in the form of Ollie Watkins, Ross Barkley and Bertrand Traore.

He has just made five appearances in all competitions this season. He has been overlooked as an option in midfield roles, and a move away from the club looks the best option for him.