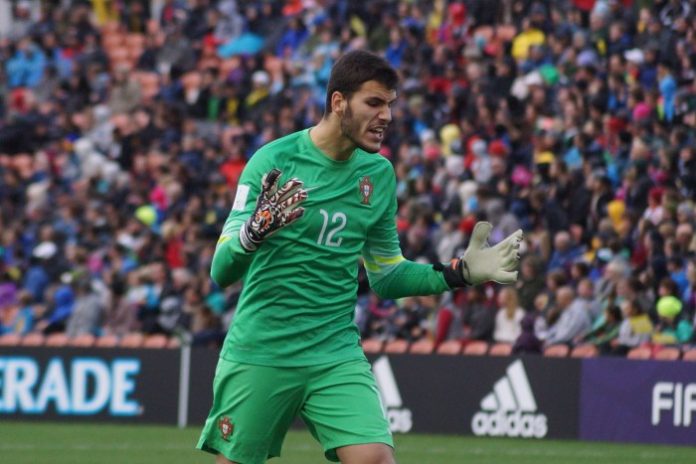 Aston Villa have completed the signing of Atletico Madrid goalkeeper Andre Moreira on loan, according to a report published by BBC.

The Portugal international could serve as first-choice for the Villains during the upcoming season after the club’s former first-choice Sam Johnstone opted not to stay at the club upon the expiration of his loan deal from Manchester United at the end of last term.

Johnstone has since signed on with West Brom.

Moreira has been on the books of Atleti since 2014 but has yet to make an appearance for the first-team.

He has however had loan spells with the likes of Moreiense, Uniao de Madiera, Belenenses and Braga.

Moriera becomes the first-signing for the Villains this summer in what has been a frustrating period for fans for the most part amidst reports of the club being financially unstable.

However, these is now cause for optimism.

The club has since been purchased by wealthy businessmen Wes Edens and Nassef Sawiris and have acquired the services of super-agent Jorge Mendes to assist with player recruitment.