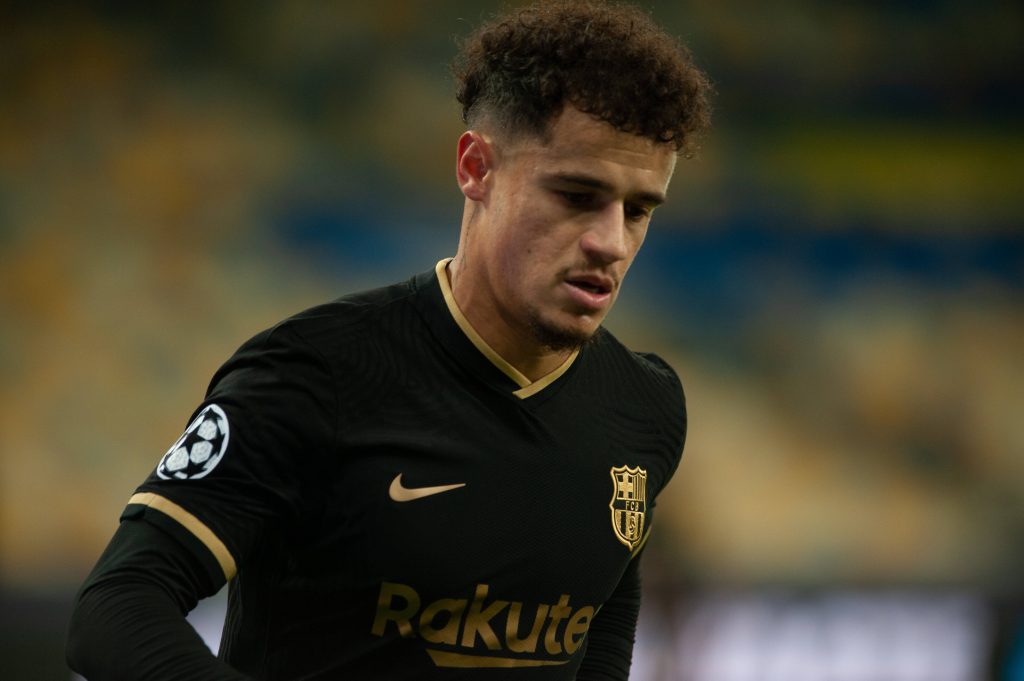 Aston Villa have agreed to sign Philippe Coutinho on loan from Barcelona for the remainder of the 2021-22 season.

As per Sky Sports, the Lions will pay less than half of the player’s weekly wage plus bonuses.

The 29-year-old has been struggling for game time this season, having started only five La Liga matches under Spanish boss Xavi Hernandez.

He also remained sidelined for the majority of last season at Camp Nou due to injury, with the Brazilian only making 12 league appearances.

Now Coutinho is returning to England in a bid to reignite his career.

Steven Gerrard is at the helm of affairs at Villa Park, who left Rangers to take over the Premier League outfit in November last year.

The Brazil international knows the English boss well, with the pair having played together at Liverpool.

Why is Coutinho leaving Barcelona?

The Brazil international first arrived on English shores in 2013 from Inter Milan and quickly established himself as a key member for the Reds under Brendan Rodgers.

His stint at Anfield saw him making 201 appearances across all competitions, earning an incredible 54 goals and 45 assists to his name.

His amazing performances in Merseyside convinced Barcelona to splash £146 million to secure a deal for him in 2018.

However, the 29-year-old failed to replicate his spectacular form in Spain and proved to be a big transfer flop.

He spent the 2019-20 season on loan at Bayern Munich but inconsistency followed him from Spain to Germany.

The attacking midfielder returned to Barcelona but injuries proved to be a big problem for him.

Now he is hoping to revive his career by moving to Aston Villa on loan.