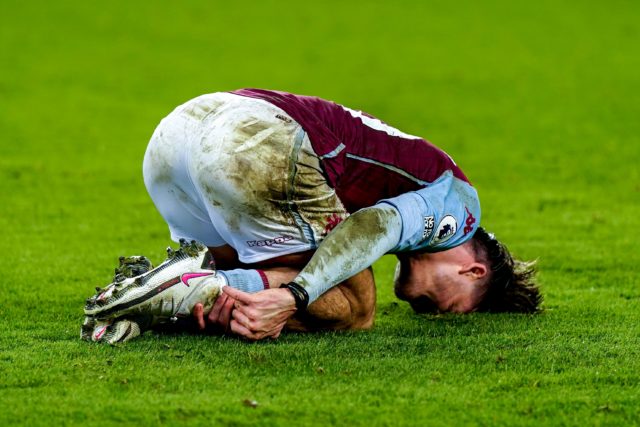 Aston Villa suffered their ninth defeat of the 2020-21 Premier League campaign at the hands of Leicester City yesterday, with the absence of skipper Jack Grealish playing a huge role in the 2-1 loss.

It is the first time in 15 months that the midfielder has not started a league game, ending a run of 48 consecutive EPL starts.

With Grealish missing due to a leg injury he sustained in training, Villa struggled to create plenty of chances against the Foxes, and his unavailability could deal a huge blow to their top-seven chances.

While manager Dean Smith is hoping that the England international will be back for the Leeds United clash on Saturday, insisting that it is not a long-term problem, the BBC understands he could be out for a month.

As a result, their report has left many Villa fans unsettled, with some of them taking to Twitter to react thus:

There goes my last joy of life

We can’t always rely Jack Grealish all the time

See this. This is heartbreak

Dean always under plays the injuries though players are always out longer then what he tells us!

Grealish dragged Villa to safety last term, scoring eight goals and assisting another six in 36 Premier League games as they finished a place and a point above the relegation zone.

He has scored six goals and assisted 10 others in 22 league games so far this term, and he is one of the reasons why they are pushing for a top-seven finish.

According to the BBC, the Villa star is set to miss the games against Leeds, Sheffield United, Wolverhampton Wanderers, Newcastle United and Tottenham Hotspur, and Smith and the fans will really hope that it does not come to that given his importance.

In other news, a report has shared how the Grealish injury news leaked.