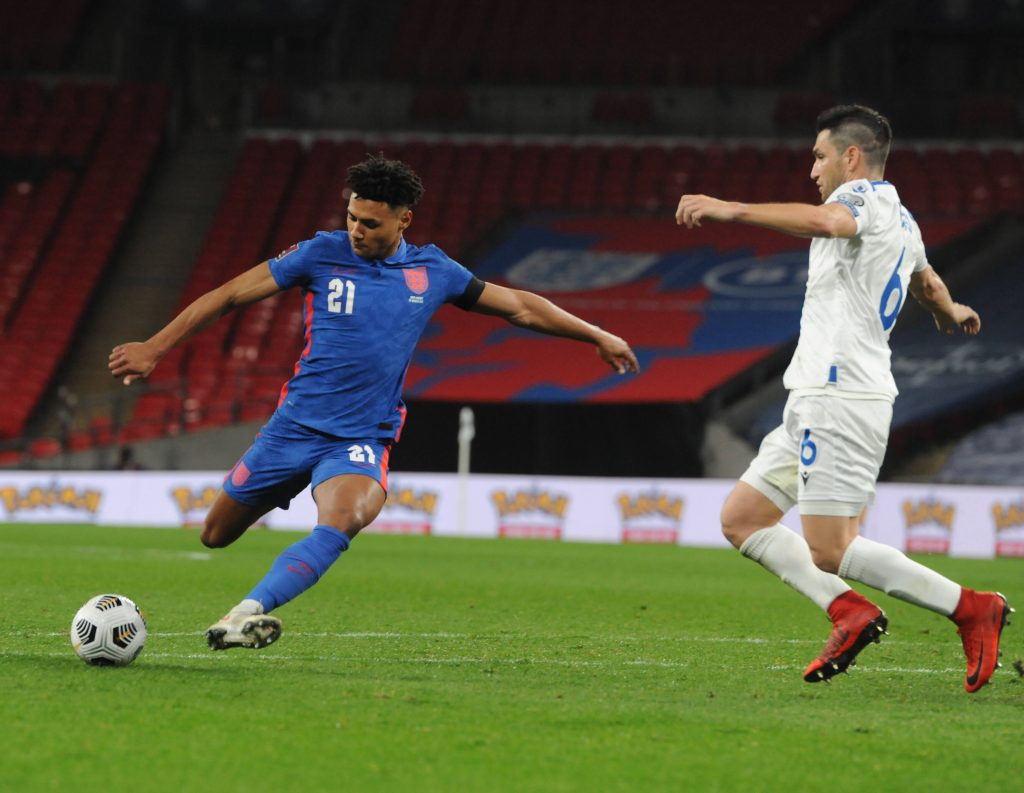 The 25-year-old has been outstanding for the Midlands club this season, scoring 12 goals for Dean Smith’s side across all competitions.

Watkins was rewarded for his hard work with an international call-up, and he did not disappoint Gareth Southgate with this performance.

The Villa striker was brought on as a substitute in the second half and scored the fifth goal of the game for the Three Lions with a wonderful finish from the edge of the box.

Watkins seemed delighted with his goal, and he will be looking to build on this performance and hold down a regular starting berth for his country in the coming years.

The striker has handled the step up to the Premier League impressively, and last night’s performance shows that he is also ready to make his mark at the international level.

Watkins has proven himself as a capable goalscorer this season when he has had ample service and Villa will need to surround him with quality attackers next season if they want to get the best out of him.

The West Midlands outfit have been heavily reliant on Jack Grealish for creativity and his injury has affected Watkins’ recent goalscoring form for his club.

Some Villa fans took to Twitter to share their reactions to Watkins’ goal against San Marino, and here is what they had to say.

Literally couldn’t care less about England but still the loudest I’ve screamed for weeks. Buzzing for him👌🏼

Absolutely brilliant for Ollie. Might Start him off again for Villa now get in there

Imagine if we could create chances for him on the reg?