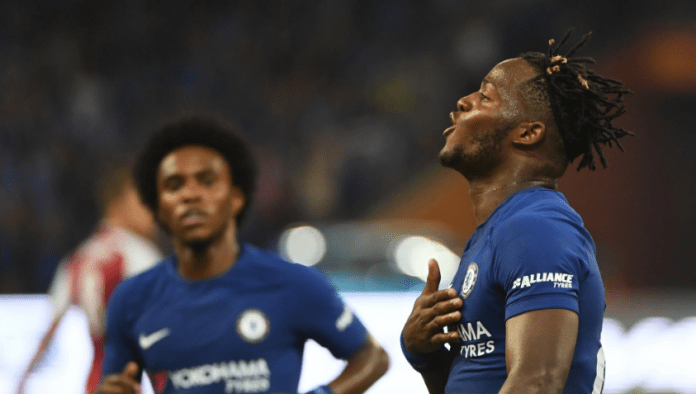 Chelsea have got their pre-season tour of Asia off to a flyer with a 3-0 thumping of London rivals Arsenal. Willian scored the opener on 40 minutes before two stunning strikes either side of the half from Michy Batshuayi sealed a comprehensive win for Antonio Conte’s men at the Bird’s Nest in Beijing.

The Blues maintained a very high intensity throughout the game and at times it seemed anything like a friendly from their point of view. With less than a month to go before the 2017/18 Premier League season, Conte will be really encouraged with what he saw. The only negative is a possible injury to Pedro, who went off with a concussion after a mistimed punch by Arsenal goalkeeper David Ospina. The Spaniard was replaced by youngster Jeremie Boga, who was simply brilliant. There were also other talented youngsters on show for Chelsea including Lewis Baker, Fikayo Tomori, Andreas Christensen and Mario Pasalic among others. Arsene Wenger, on the other hand, gave starts to Ainsley Maitland-Niles and Cohen Bramall, and brought on Reiss Nilson and Joe Willock late on.

Chelsea were pretty much in the ascendancy right from the start, and came close to scoring long before they actually did. Ospina did well to deny Willian and then Victor Moses, but the former found the back of the net at last in the 41st minute. The Brazilian’s curling effort was too much for Ospina to handle, as it struck the edge of the post and went in.

Ninety seconds later, Chelsea were two up. N’Golo Kante played a short pass into Batshuayi’s feet on the edge of the box, and the Belgian smashed an absolute beauty with his weaker left foot into the corner.

Not bad from Michy on the left foot… #CFCTour pic.twitter.com/HWCqsx4LCT

If that strike was good, Batshuayi’s second 4 minutes after the break was even better. Marcos Alonso made a mockery of Alex Oxlade-Chamberlain on the left flank before cutting the ball back. From almost a full 20 yards from goal, the striker unleashed a first-time shot into the top corner past an absolutely helpless Ospina.

Chelsea will now travel to Singapore to take on Bayern Munich on Tuesday before rounding their pre-season off against Inter Milan next Saturday. New signing Alvaro Morata will join the squad for these games, and is expected to be given his first taste in a Blues’ shirt.

This was Arsenal’s fourth and final game in Asia, and they will now head back to London for the Emirates Cup. The Gunners will face Benfica and Sevilla next Saturday and Sunday respectively.

These two teams will then square off once again on August 6 in the traditional season opener at Wembley in the Community Shield. Chelsea romped to the Premier League title last season, but were denied the League & Cup Double by Arsenal, who beat them 2-1 in the FA Cup final.