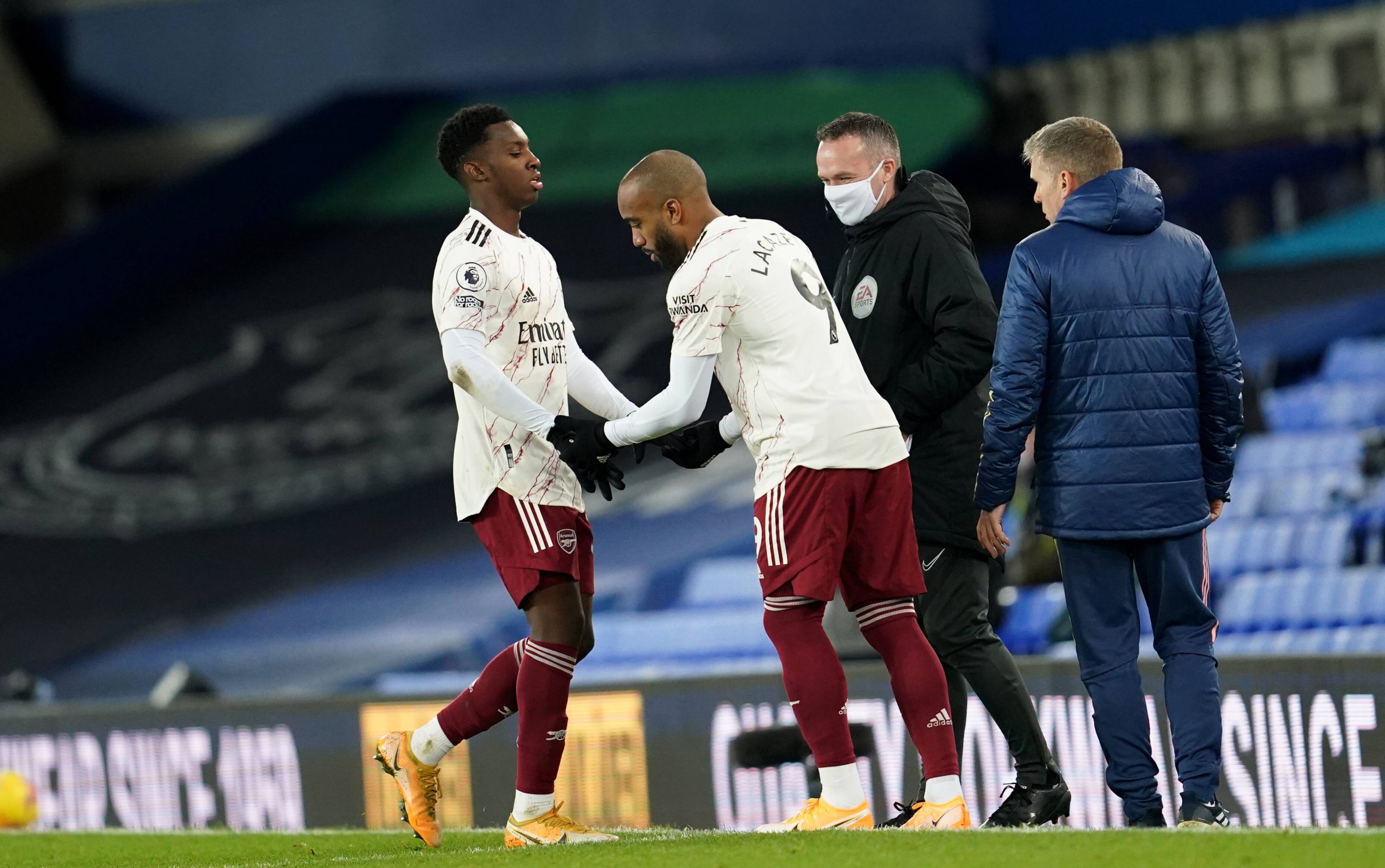 Arsenal are open to selling striker Eddie Nketiah this summer, but suitors will have to part with £20 million if they want his signature, according to The Sun.

West Ham United have been linked with an interest in the England youth international, with manager David Moyes said to be a fan of his abilities.

The Hammers boss believes the Arsenal academy graduate fits his energetic style of play. He attempted to sign him in January as he sought a direct replacement for Sebastien Haller.

However, the Gunners held on to him as manager Mikel Arteta wanted to have all his striking options available for the second half of the campaign.

Nketiah remains on West Ham’s radar and could look to leave Arsenal in the coming months, having struggled for playing opportunities.

He has started just four Premier League games this term and is not happy with his situation.

Folarin Balogun signing a new deal could see the 21-year-old further fall down the pecking order at the north London club, and he could be open to an exit.

Nketiah has just a year left on his current deal going into the summer, and leaving for West Ham could help get his career back on track.

Manchester United’s Jesse Lingard is an example of what a change in environment can do to a player, and Nketiah may be eager to follow suit.

While the Hammers could be playing in Europe next season, there is less pressure on their players from the fans and media, and Nketiah could fulfil his potential there away from the noise at Arsenal.

With six goals and one assist to his name this term, the youngster has something to offer and his asking price could end up being a bargain if he hits the ground running at his next club.

In other news, West Ham have joined Arsenal and Liverpool in the race for centre-back.