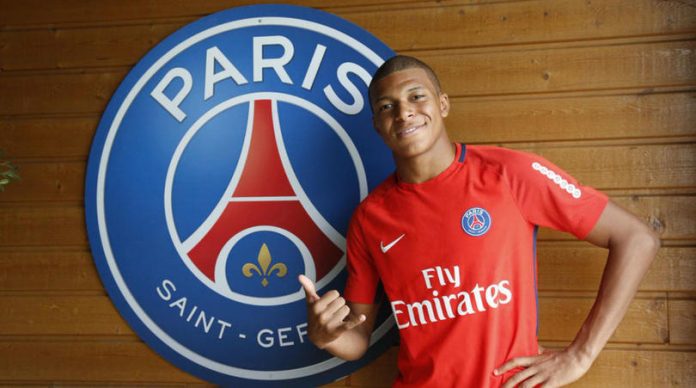 The Parisians signed Mbappe on a season long loan deal from AS Monaco. The deal could be made permanent at the end of the 2017-18 season with the fee expected to rise up to £166 million.

Mbappe arrived at PSG on Wednesday and took part in the club’s training session ahead of their Ligue 1 clash against Metz this weekend.

The France international who is a self confessed fan of his hometown club has confirmed that he met with Arsene Wenger this summer to discuss the possibility of moving to the Emirates.

“Yes, I met with Arsene Wenger, who is a great coach,” he said. “He has a great reputation here in France, he’s well-respected and knows how to develop young players. This was a real option for me.

“But, of course, Paris Saint-Germain was the main option.”

Mbappe’s arrival at PSG does not bode well with other clubs challenging for the Ligue 1 title. Following the signing of Neymar from Barcelona, PSG’s now boast one of the best front threes in world football with Edinson Cavani in the middle and the two new signings on either side of him.