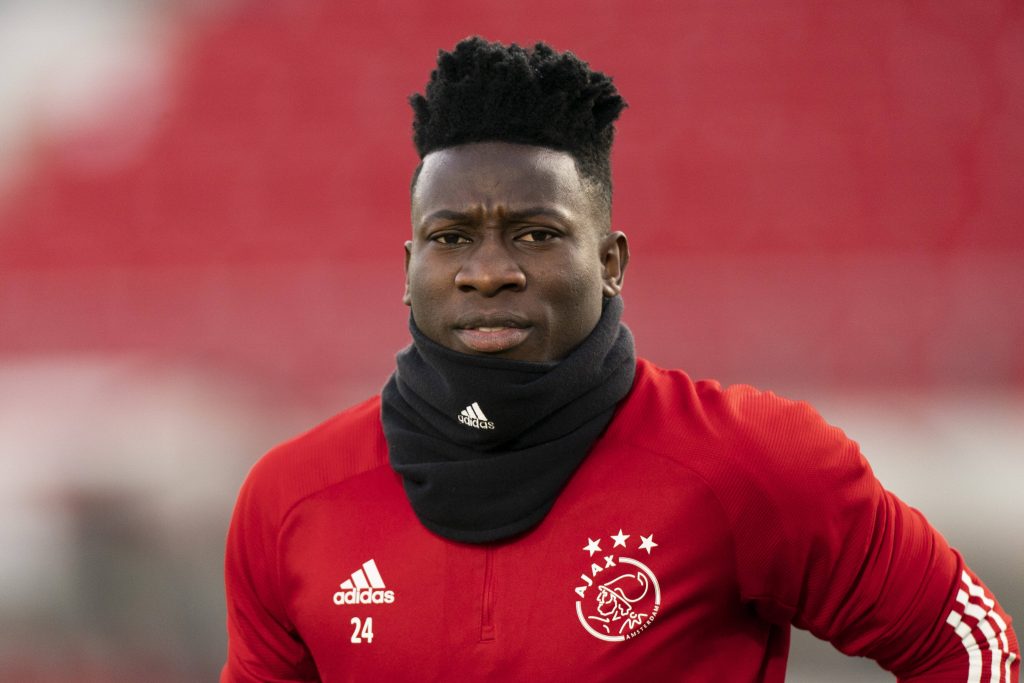 Arsenal have been handed a blow in the pursuit of Ajax goalkeeper Andre Onana as he could favour a move to Lyon this summer, football.london reports.

The Cameroon international has entered the final year of his contract with Ajax, and he is likely to pursue a fresh challenge elsewhere.

The Gunners have been regarded as the front-runners to land his signature, but they have yet to make a formal bid for his services.

It is now reported that Onana could prefer a move to Lyon, where he would have the assurance of playing European football next term.

He could be reunited with Peter Bosz, who previously managed him at Ajax for one season.

Onana is still serving a FIFA-imposed ban for taking an illegal drug for medical treatment.

However, the suspension was recently reduced from 12 to nine months, and he can return to competitive action from November 4.

He is permitted to return to team training two months earlier. The Gunners have yet to make a bid despite regular talks with his agent.

Gunners boss Mikel Arteta has preferred Bernd Leno as the number one, and he was happy to sanction Emiliano Martinez’s sale last summer.

Leno’s future is currently uncertain, but Onana could be reluctant to join them unless he is guaranteed a regular starting role in the league.

This would put the Gunners in a complex situation. They may still need to keep Leno due to Onana’s ban and African Cup of Nations duty next year.

This could be a reason behind their reluctance to make an approach. As things stand, Onana could be leaning towards a move to Les Gones this summer.

The Gunners are weighing up alternative options. They have been linked West Bromwich Albion’s Sam Johnstone and Sheffield United’s Aaron Ramsdale.