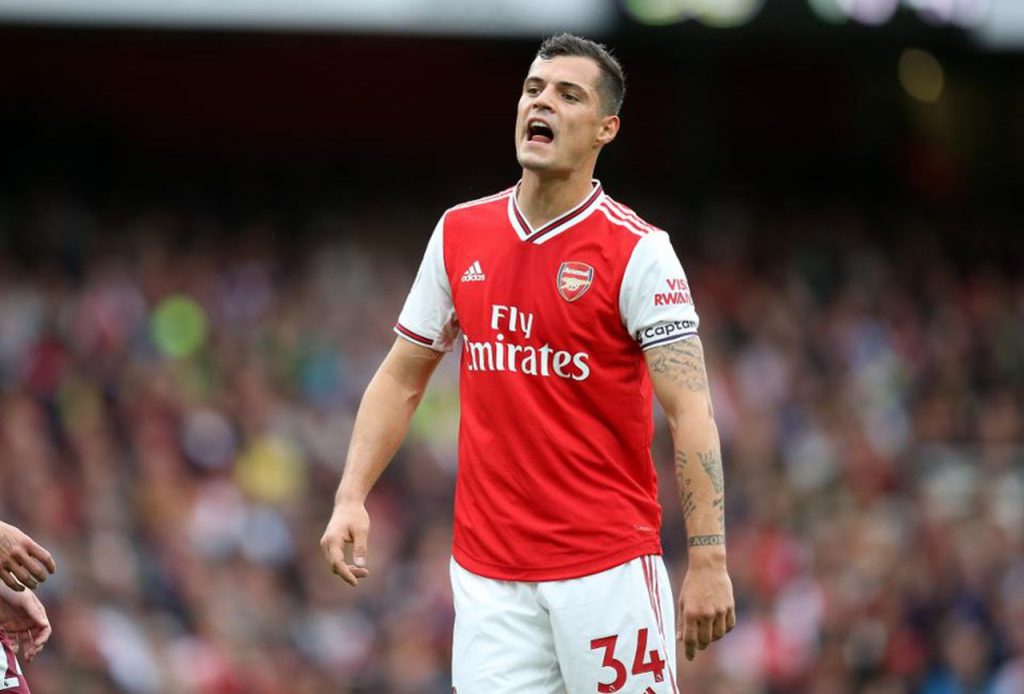 Arsenal have been handed a major injury blow with midfielder Granit Xhaka set to be sidelined for the next three months as per the Athletic.

The Switzerland international picked up a medial knee ligament injury against Tottenham Hotspur at the weekend and he had to be taken off towards the end of the game.

The 29-year-old sustained the injury after a collision with Brazilian winger Lucas Moura.

The Gunners made a dreadful start to their Premier League campaign with three consecutive defeats but they have just started to pick up form and the absence of Xhaka will come as a hammer blow for Mikel Arteta and his side.

That Swiss midfielder has had a mixed time since moving to the Emirates from Borussia Monchengladbach but he is undoubtedly the best passer at the club and Arsenal will miss his quality at the middle of the park.

Following the North London Derby win over Tottenham, Arteta confirmed that he was pretty worried about the injury and it seems that the Spaniard’s worst fears have been realised.

He said at the time: “Unfortunately he got an injury and I’m pretty worried because it doesn’t look very positive at the moment.”

It will be interesting to see how Arsenal cope in his absence now.

Summer signing Albert Lokonga is likely to get extended game time alongside Thomas Partey. The youngster completed his move to the Premier League earlier this summer and he has impressed with his cameos so far.

Apart from his passing ability, Arsenal are likely to miss Xhaka’s aggression and leadership qualities as well.

The Gunners have picked up wins in their last three Premier League matches against Norwich City, Burnley and Tottenham. The last thing they would want is to lose the momentum because of an injury blow.