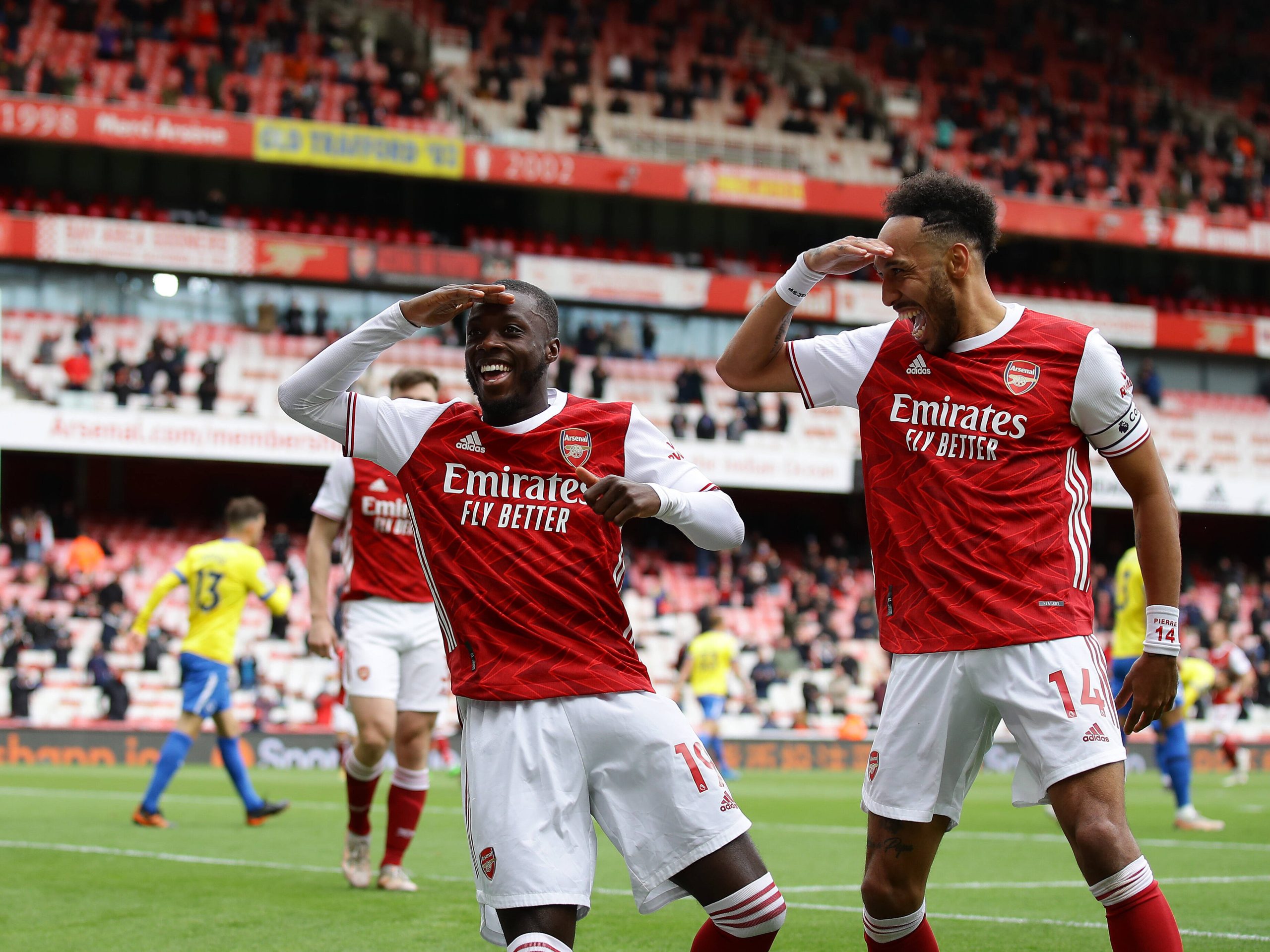 A selection of Arsenal fans were delighted with Nicolas Pepe’s performance in the 2-0 Premier League triumph over Brighton & Hove Albion on Sunday.

Pepe has been one of the Gunners’ bright spots during the back end of the season, ending the campaign with five goals in his last three league appearances.

That included back-to-back braces against Crystal Palace and Brighton, but it was not sufficient to deliver European football for the Gunners.

Despite this, several of the club’s supporters were delighted for the winger and believe the 25-year-old could be a player to watch out for next season.

If Nicolas Pepe continues with this form, he will be unplayable next season.

Fantastic performance yet again Pepe. Keep it up bro x

Nicolas Pepe next season is going to be a menace. The league ain't ready. pic.twitter.com/UQH8PDv9Ao

The £140,000-a-week star finished the season with a tally of 16 goals and five assists from 47 appearances for the north London club.

This is an impressive tally for a winger, but much more is expected from the Ivorian, who cost a club-record fee of more than £70 million.

Pepe hardly started for the Gunners during the first half of the season, with summer signing Willian getting the regular nod over him.

However, he was picked more regularly by Mikel Arteta from January, and he has shown that he can deliver with consistent game time.

He ended the league campaign on a high note by reaching double figures (10). It remains to be seen whether he can carry over the form next term.

With Pepe’s tally, the Gunners had three players (Pierre-Emerick Aubameyang and Alexandre Lacazette) scoring at least 10 goals in the league for the first time since 2016/17.