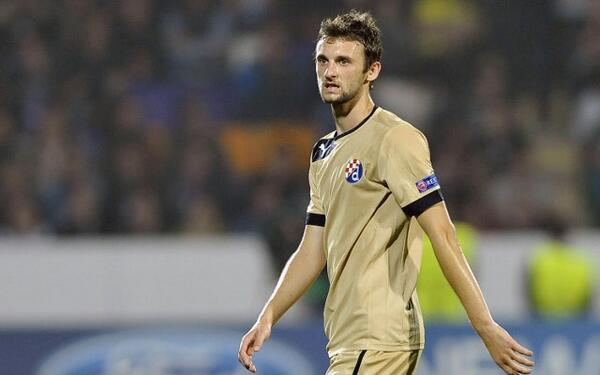 Arsenal have joined the race to sign Dinamo Zagreb midfielder Marcelo Brozović according to reports this morning.

Italian newspaper Calcio Mercato is making the claim that the Gunners have joined Italian Serie A duo AS Roma and Internazionale in hunt for the 21-year old’s signature.

Marcelo Brozović is a highly-rated midfielder currently playing in his home country.  He has four caps for the Croatia national team which included a substitute appearance at this summer’s World Cup, against hosts Brazil in the opening match of the tournament.

Whilst the youngster scored seven goals in only 12 appearances at under-21 level, he does play the holding midfield role and therefore could be seen as a long-term replacement for both Mikel Arteta and Mathieu Flamini.

However, Brozović has five years remaining on his contract and it is not known how much the defending Croatian Prva HNL champions would demand for the player who is wanted by a number of big clubs around Europe.

Dinamo Zagreb did sell Croatia’s brightest prospect, Alen Halilović, to Barcelona for only an initial €2.2 million this summer, suggesting the Gunners would not need to splash ridiculous fees to secure their target.