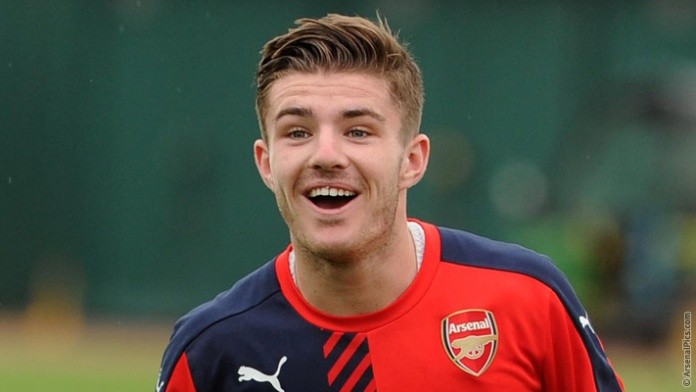 Arsenal have confirmed their talented midfielder Dan Crowley has joined Barnsley FC on loan until January.

The 17-year-old is one of the brightest prospect in the Gunners’ youth set-up and has been a regular in the 2014-15 season for the north London club. He also captained FA Youth Cup last season.

After being a part of the pre-season tour in Singapore, Crowley will play for the Yorkshire outfit until January.

” Dan Crowley has joined League One side Barnsley FC on loan until January. He heads to Barnsley to gain more senior experience. Everyone at Arsenal wishes Dan well for his time in Yorkshire,” a statement read on Arsenal’s official website.

The League One club’s head coach Lee Johnson is delighted with securing loan move for Crawley, who is one of the brightest prospects in England.

“I’m delighted to welcome Dan on board. He is an exceptional and exciting talent who is very highly thought of at Arsenal and we are extremely pleased that we have been entrusted with his further development,” Johnson said.

“This loan signing further evidences that Barnsley can persuade some of the country’s best young talent to come to us, even where there is stern competition. Undoubtedly, at just 17 years old, Dan is one of the best young players in his age group in Europe.

“Dan has genuine, top-level skill and quality. I am delighted Arsenal have chosen Barnsley to aid the development of this exceptional talent, as well as aiding us in our pursuit of promotion.”