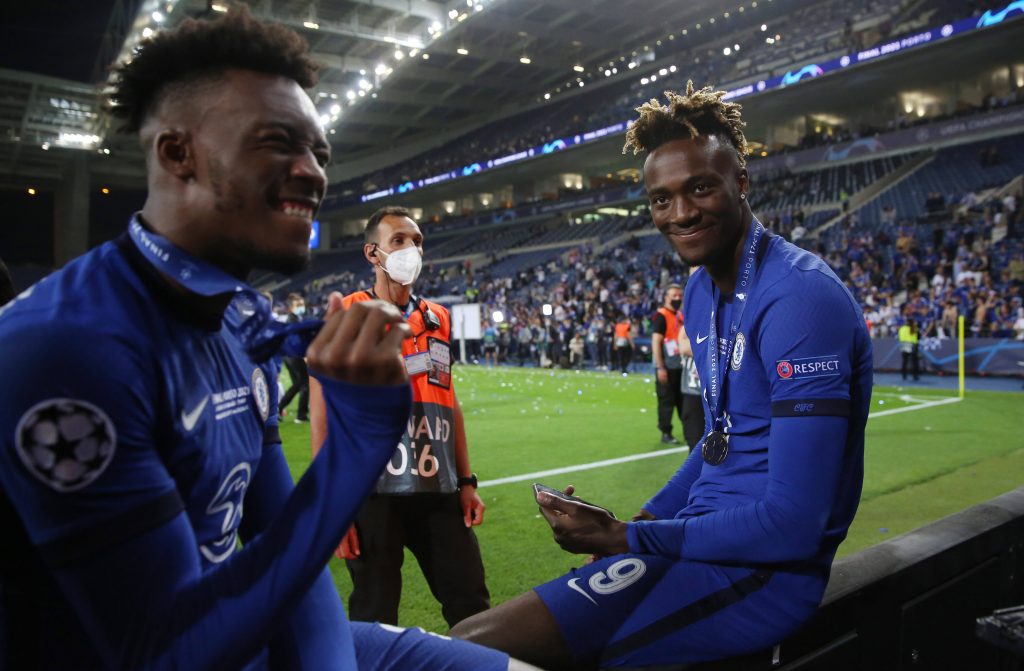 Arsenal are now in pole position to sign Chelsea striker Tammy Abraham, according to a report from The Sun.

The British tabloid claims that the Gunners face competition from West Ham United and Tottenham Hotspur for the 23-year-old’s signature.

However, Arsenal are reportedly now at the front of the queue for Abraham.

Mikel Arteta is prepared to sign the Chelsea ace on loan with an obligation to buy clause for £40 million inserted into the deal.

Tammy Abraham could be Arsenal bound

The Blues ace may well be plying his trade at the Emirates next season.

The centre-forward is exactly the kind of player the Gunners need.

Abraham is big and strong, has impressive pace, and he is also a proven goalscorer with 125 goals to his name in 266 career games.

Tammy has racked up 30 goals and 12 assists in 82 games for Chelsea.

Not a bad return considering he has only played an average of 55 minutes per game for the west London outfit.

A loan deal with an obligation to buy for £40m next summer would be a good deal for Arsenal.

With Alexandre Lacazette and Pierre-Emerick Aubameyang now 30 and 32 respectively, bringing Abraham to the Emirates would be smart business from Arteta.

However, whether the Arsenal board are prepared to part with £40 million for Abraham remains to be seen.