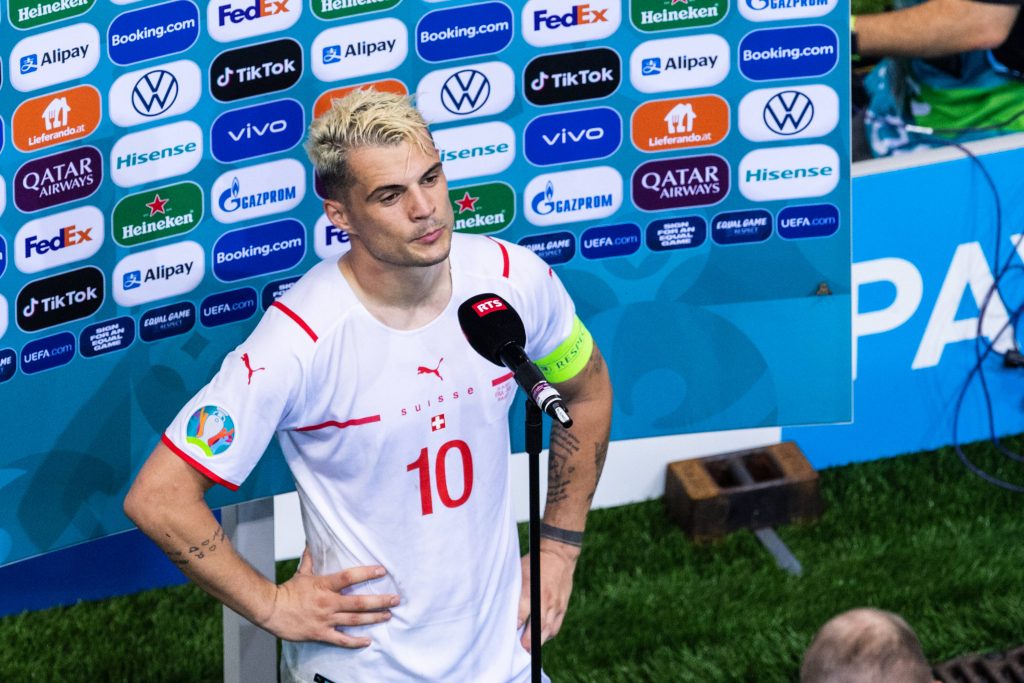 Arsenal are aiming to sign a new midfielder before sanctioning the departure of Granit Xhaka this summer, reputed journalist Fabrizio Romano claims.

Xhaka has been widely fancied to join Roma this summer, but a deal has not materialised with the Gunners yet to make a new midfield signing.

They are in advanced negotiations with Anderlecht for Albert Sambi Lokonga and appear likely to land the Belgian’s signature in the next few days.

It is now reported that talks are ongoing between Arsenal and Roma for Xhaka and the Giallorossi for waiting for the Gunners to land a new midfielder.

AS Roma will announce Rui Patricio as new signing next week, once paperworks will be signed with Wolves. €11m as final fee, José Sá will join Wolves as replacement. 🇵🇹 #ASRoma

Xhaka deal: talks ongoing with Arsenal but Roma are waiting for #AFC to sign a new midfielder. 🇨🇭

Xhaka was superb for Switzerland at the European Championships, and it was reported that Paris Saint-Germain and Juventus had entered the race to sign him.

However, it appears that Roma are still in the driving seat to sign the £100,000-a-week man, and it could be a matter of time before the move materialises.

The Gunners are already looking into the future and are planning to recruit at least two central midfielders during the ongoing transfer window.

Lokonga looks set to be one of them, but he could only play a back-up role next season. The club are eyeing another high-profile midfield recruit.

Sassuolo’s Manuel Locatelli has emerged as a potential target, but a deal could be difficult with the player’s reported desire to stay in Italy with Juventus.

Early last month, Brighton & Hove Albion midfielder Yves Bissouma was heavily linked. He has been a long-term target for the north London giants.