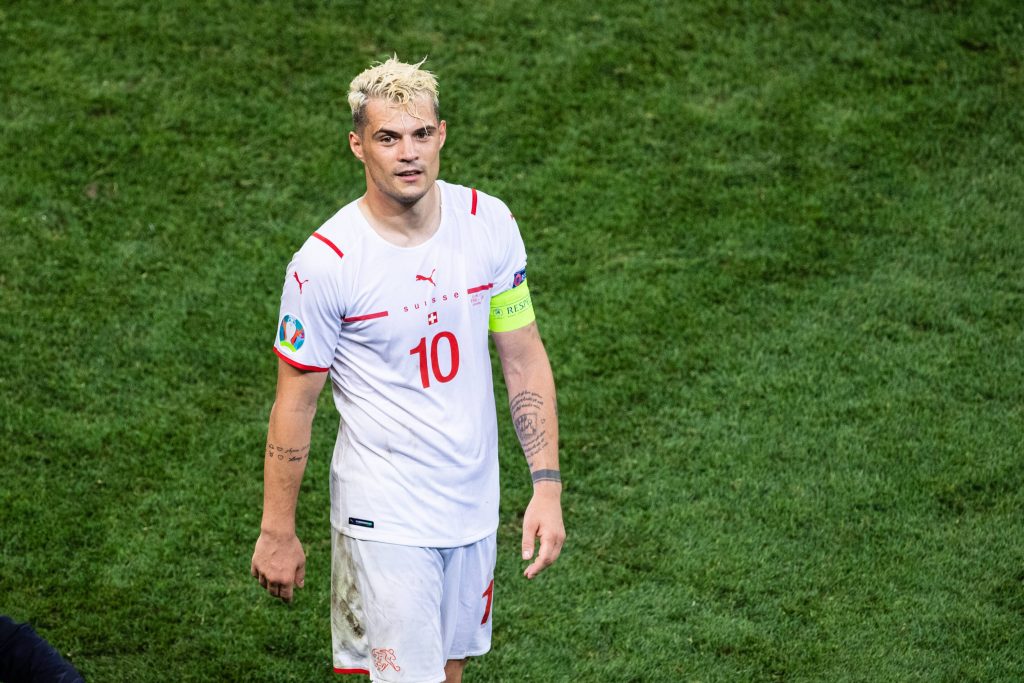 The Switzerland international has been with the Gunners for the past five seasons, but he has been fancied to head for the exit door this summer.

He has reportedly agreed personal terms with Roma, but there has been no progress over a transfer as they have yet to meet the Gunners’ demands.

Juventus recently joined the pursuit of the 28-year-old, and it is now reported that Roma could face more competition in the form of Paris Saint-Germain.

Mourinho has been a long-term admirer of Xhaka as well, and a move to the Giallorossi would be ideal for the Swiss captain.

However, the Gunners are unlikely to lose him on the cheap, particularly with Xhaka playing a starring role for the Swiss at Euro 2020.

He was recently named man of the match in the penalty shoot-out win over France, where he delivered a sublime line-splitting assist.

The interest from Juventus and PSG should be a welcoming sight for the Gunners as they look to recoup as much as possible from Xhaka’s sale.

Roma’s first offer of €12 million has fallen short of the Gunners’ €20m valuation. Based on Xhaka’s recent displays, the club could bump up the price tag.