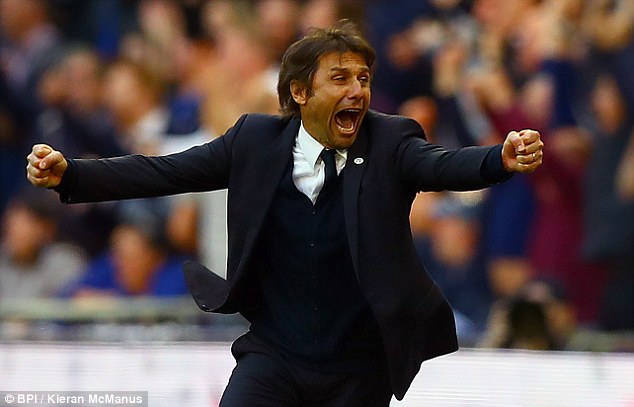 Chelsea manager Antonio Conte has questioned Tottenham’s ambitions as a club after Daniel Levy accused their title rivals of unsustainable spending in the transfer market.

Spurs are yet to sign a single player this summer and have already sold a key player to title rivals Manchester City.

Conte claimed that teams need to sign expensive players in order challenge for the major honours and Tottenham seem content at their current level.

Tottenham have been linked with Everton’s Ross Barkley this summer, but there haven’t been any concrete approaches for the England midfielder so far.

In other news, Conte revealed that he is a big fan of Harry Kane and if he could sign just one striker in world football right now, it would be the Tottenham forward.

Kane has established himself as one of the best players in the Premier League over the last few seasons and Conte feels that the England international is a complete player.

However, the Chelsea manager is aware of the fact that it is almost impossible to sign Kane right now. The Tottenham striker is likely to cost £100m, at least.

For me, Kane, now, is one of the best strikers in the world. If I had to buy one striker I would go to Kane. He is a complete striker. He is strong physically with the ball, without the ball, he fights and he’s strong in the air and acrobatic on the right and the left. He’s a complete player. If you go to buy Kane now, it would be at least £100million, at least.