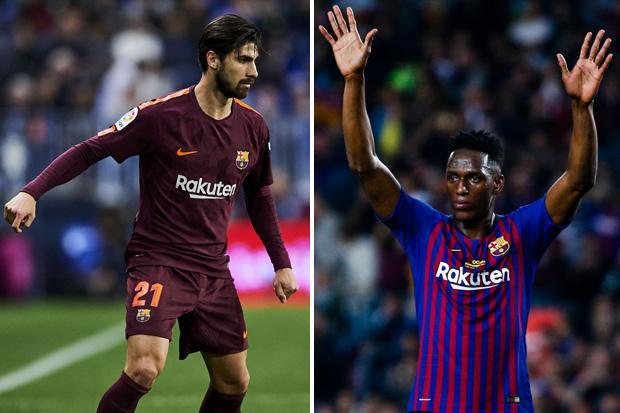 Everton are all set to seal the double signing of Yerry Mina and Andre Gomes from Barcelona.

According to Dominic King from Daily Mail, both players are currently undergoing their medical with Everton and the deals should be finalised before the window closes.

King adds that Gomes has a slight injury at the moment but that should not scupper the move.

The Portuguese midfielder is not a key part of Valverde’s plans next season and a loan move is ideal for him. At Everton, he will get to play more often and it is a good opportunity for him to regain his form and confidence.

As for Mina, he is expected to join on a permanent deal. The Colombian has been very impressive in the World Cup and he would instantly improve Everton at the back.

Mina should partner Michael Keane at the heart of Everton’s defence next season.

Barcelona are struggling to make room for their non-EU players and therefore the Spanish giants have decided to move him on this summer.

As per the reports from earlier today, Everton are paying around £28million for the Barcelona centre back.