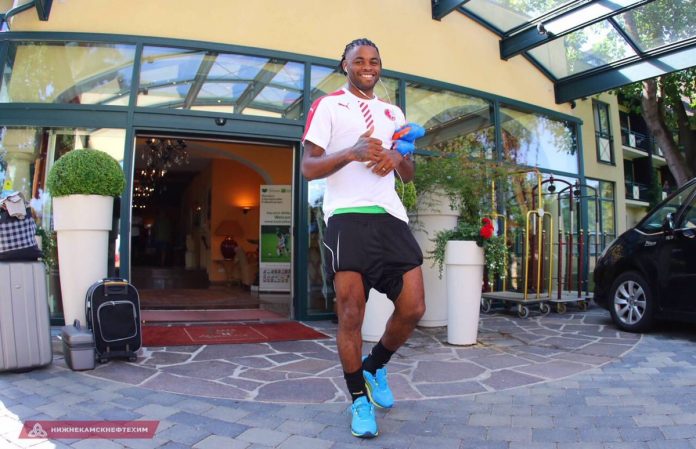 Barcelona have agreed a deal with Russian outfit Rubin Kazan for the transfer of Alex Song.

The Cameroon international has struggled to establish himself as a first team player ever since he joined the Catalan giants from Arsenal.

The player was then loaned out to West Ham, where he impressed in patches.

However, Barcelona were keen to get the player off their books and have now decided to let him go for free.

The move has also been officially announced by Rubin Kazan on the social media account.

Song has one year left on his contract and Barcelona have allowed him to join Kazan without a fee. The player will be a free agent next summer and could well secure a long term future at the Russian club.

He joined Barcelona back in 2012 for a fee of 15 million pounds after a stellar season at Arsenal. The midfielder has 65 appearances for the Spanish champions so far and has won the La Liga and the Supercopa de Espana.