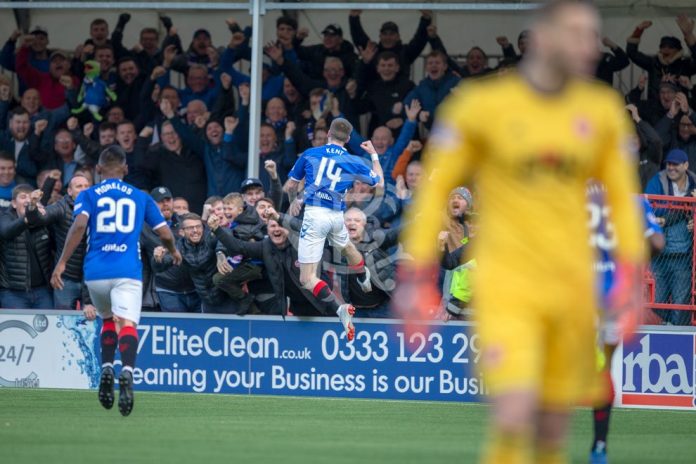 Glasgow Rangers produced a brilliant performance to secure a comfortable win against Hamilton Accies on Sunday. The Ibrox club have now secured back to back wins in the Scottish Premiership.

Former Rangers player Alex Rae took to Twitter to express his reaction on the Gers’ victory after the final whistle. He tweeted:

Important 3 points on the road ⚽️⚽️⚽️

A superb performance in the second half saw Rangers winning the tie 4-1 comfortably.

After a stalemate opening 40 minutes, Rangers, who were looking dangerous, opened the scoring before the break. Ryan Kent scored the opening goal for Rangers.

Hamilton kept pushing hard for an equaliser and were rewarded for their perseverance as substitute Steven Boyd scored with a superb shot into the top corner of the net.

Rangers moved into another gear, and two quick goals, both coming from James Tavernier (and both from the penalty spot), gave them a healthy 3-1 lead.

Alfredo Morelos added the final goal to put the icing on the cake. It was a crucial win for Rangers, as Gerrard will now be looking to build the momentum after the international break.